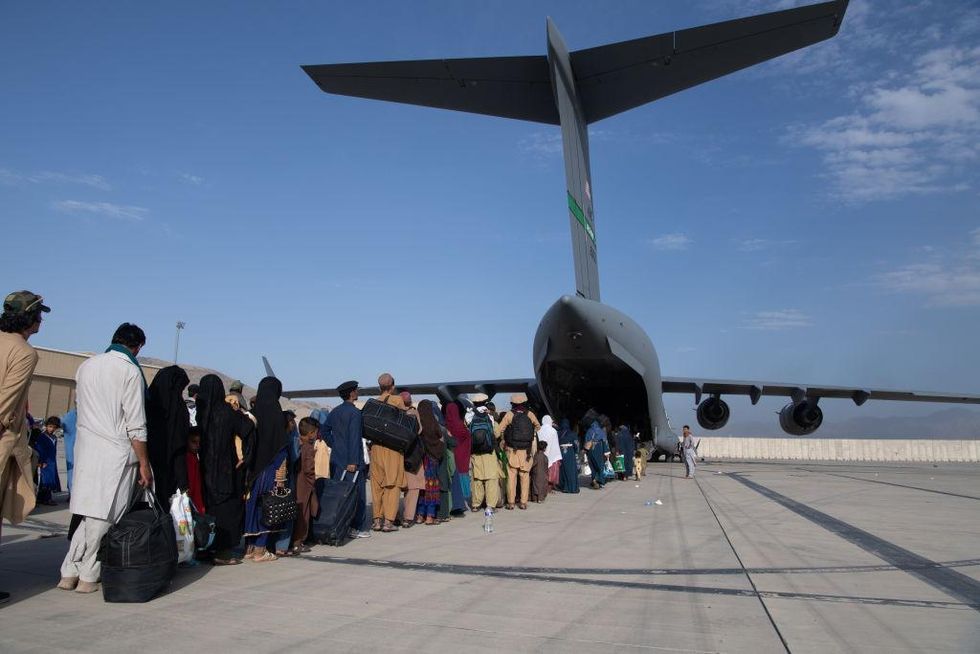 An Afghan national who fled the Middle East country during the Biden administration’s turbulent evacuation has been charged with a child sex crime and violent assault on a 12-year-old boy in New Mexico.

On September 21, Shah Mahmood Selab, 35, was charged in federal court with coercion and seduction of a minor. Selab faces a minimum of 10 years and up to life imprisonment if convicted.

On August 12, Selab allegedly approached a 12-year-old boy at Youngs Park in Las Cruces, New Mexico. Selab reportedly chatted with the boy, who was sitting on a bench in the park — near a middle school.

“Selab began asking the victim personal questions and then invited the victim to sit with him on another bench in the shade,” he said Ministry of Justice given press release. “After moving to the other bank, Selab allegedly used his cell phone to show the victim photos and videos that were sexual in nature. Selab is said to have touched the victim inappropriately.”

The boy tried to walk away, but Selab followed and “punched him multiple times in the face,” according to the DOJ. The Afghan evacuee reportedly asked the boy to get into his vehicle and offered $20 for Selab to touch him.

“The victim attempted to call 911 and retreated to the restrooms, where she locked herself in a stall,” the DOJ said. “The complaint alleges that Selab followed the victim into the toilets and pulled him out of the cabin. Selab allegedly locked the restroom door to prevent the victim from exiting, began kissing the victim’s face and handed him a $20 bill. Selab also allegedly tried to force the victim to touch Selab.”

Someone allegedly went into the toilet and knocked on the cabin door, allowing the victim to escape Selab.

FoxNews reported on Friday that Selab was an Afghan national — a detail not mentioned in the Justice Ministry’s release. The outlet said, “Selab was released to the United States in November 2021.”

Immigration and Customs Enforcement (ICE) said Selab was released on parole to the United States on November 18, 2021 at Philadelphia International Airport.

That National Immigration Forum defines probation as: “An available instrument under the Immigration and Nationality Act (INA) that allows certain individuals to enter the United States and reside temporarily without an immigrant or nonimmigrant visa.”

Upon hearing of the alleged crime, ICE hired a detainee against Selab following his arrest, who the agency confirmed was a 35-year-old Afghan national.

ICE huts Prisoners about “persons arrested on criminal charges who ICE likely has reason to believe are removable non-citizens”.

ICE said in a statement, “US Immigration and Customs Enforcement (ICE) is committed to the safe and effective enforcement of the country’s immigration laws and continues to focus its limited resources on those cases that are paramount to the national interest and public safety.” are meaning.”

Herrell told Fox News, “This is a horrific crime made possible by the complete lack of scrutiny and transparency following Joe Biden’s withdrawal from Afghanistan. Our government should protect New Mexico families and not import twisted individuals who hunt children. That’s why last year I pushed for a thorough screening of the migrants the Biden administration brought into our communities, and that’s why I continue to fight for accountability.”

Earlier this month, the DHS Office of the Inspector General (OIG) found that the department was granting parole to Afghan evacuees who were “not fully screened” following the chaotic US withdrawal from Afghanistan.

“US Customs and Border Protection (CBP) did not always have critical data to properly screen, screen, or inspect evacuees.” read the report of DHS Inspector General Joseph Cuffari. “We found that some information used to verify evacuees through US government databases, such as name, date of birth, identification number, and travel document data, was inaccurate, incomplete, or missing.”

The investigation found that due to the lack of screening, “DHS may have admitted or discharged into the United States individuals who pose a risk to national security and the safety of local communities.”