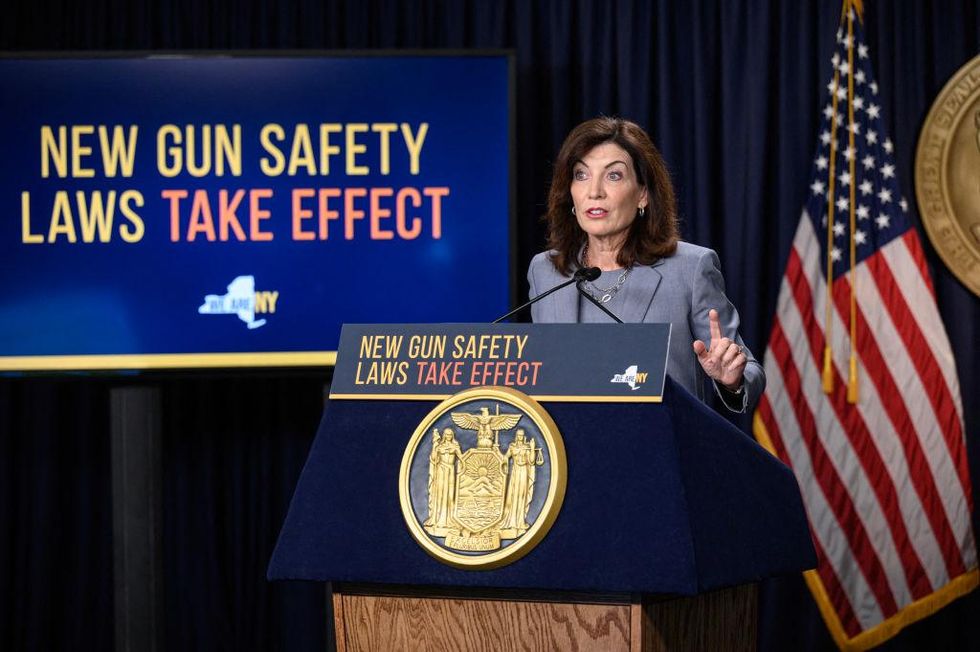 U.S. District Judge Glenn Suddaby ruled Thursday that new background check requirements for gun permits — including a controversial provision requiring applicants to disclose their social media history — cannot be enforced. Other restrictions on the carrying of firearms in so-called “sensitive places” on public and private property have also been declared unconstitutional.

Suddaby delayed implementing his decision for three working days to give the state time to appeal. This is reported by the Post-Standard.

The judge issued an injunction that would block six provisions of the law, known as the Concealed Carry Improvement Act. Four of these provisions relate to requirements for applying for or renewing a concealed carry license.

Suddaby’s decision also said the state cannot require applicants to meet in person with the licensing officer, disclose the names and contact information of all adults living in their homes, or provide a list of all current and former social media accounts for the past three years , reported the Post-Standard.

The judge also said that the legal definition of a “sensitive place” where guns are illegal is unconstitutionally broad. De facto gun-free zones can only be enforced in government offices, polling stations, public areas restricted by permits to general access for special events, or public or private educational institutions, Suddaby wrote.

The ruling also clarified that while guns remain banned in places of worship, persons tasked with ensuring security may carry firearms indoors.

Suddaby had previously said parts of the law were unconstitutional but allowed the law to go into effect last month when he found gun rights groups suing New York State did not have the right to do so.

Democratic lawmakers rushed to pass the Concealed Carry Improvement Act in July after the US Supreme Court struck down a century-old New York law that required gun owners to show “proper reason” to carry a concealed gun outside of their homes . The Supreme Court said the law was unconstitutional in a rule that effectively ended the “may” license regime for concealed carry and guaranteed that states “grant” concealed carry licenses to firearm owners who apply for them.

Democrats condemned the decision, and Gov. Kathy Hochul (D) vowed to enact a new gun control law that would “push to the limit” in terms of what’s legal.

The result was the nation’s toughest gun control law, banning firearms in all but a few public parks, airports, places of worship, government buildings, and all private property except where owners have posted signs allowing lawful gun owners to carry their guns.

Confusion over the law’s poorly written and broad language irritated hunters in upstate New York, where they were banned from carrying guns in bear country. The gun restrictions also led to sporting events and even Civil War re-enactments being canceled over fears that participants might commit a crime.

“Anti-Gunners like Kathy Hochul and Eric Adams have lied and misrepresented the Second Amendment in court, putting New Yorkers at a great disadvantage amid rising crime,” said Erich Pratt, senior vice president of Gun Owners of America. We are grateful to Judge Suddaby for his swift action to restore the people’s right to own and bear arms. Once the TRO goes into effect, GOA encourages New Yorkers to exercise their rights and defend themselves and those they love.”

Why some thought John Lennon's bitter interview about The Beatles was ironic: 'This is John'