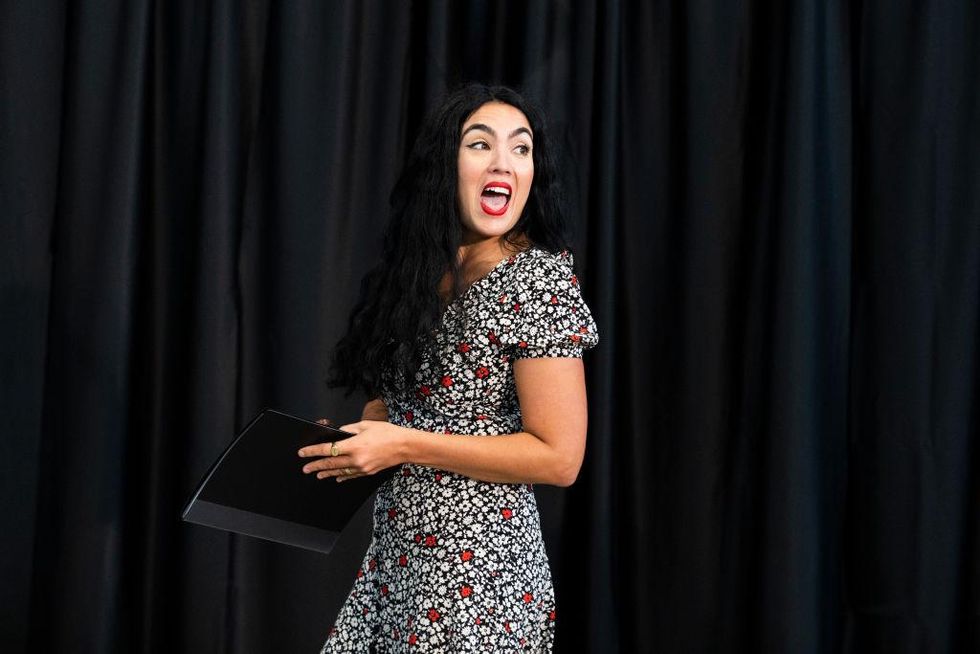 The wife of US Senate nominee John Fetterman has come out to defend her husband after an NBC reporter noted he displayed “auditory processing issues” during a recent interview.

On Tuesday, Pennsylvania’s current Lieutenant Governor John Fetterman sat down for an interview with NBC News’ Dasha Burns. During the interview, Fetterman used closed captioning on a nearby computer screen so he could understand the questions he was being asked, an adaptation made for him because he suffered a massive stroke about five months ago. Despite the adjustment, he still seemed to have trouble communicating his thoughts during their discussion, though Fetterman insisted doctors said he had “no cognitive damage.”

After the interview, Burns claimed: “[I]In the pre-interview small talk, without subtitles, it was not clear that he understood our conversation” and that “me, my producer and our crew found pre-subtitle small talk difficult because of these audio processing issues”.

“I don’t like saying ‘anger’ because I think it’s a really unhealthy feeling and when you feel those things it only hurts you,” Fetterman told Jong-Fast. “But I, you know what a disservice that is [Burns] It did not only appeal to my husband, but to everyone who is confronted with and overcomes a disability.”

Fetterman then went on the offensive, implying that Burns should expect professional “consequences” for her “most skillful” comments.

“I don’t know why there were no consequences, right?” she continued. “I mean, there are consequences for people in those positions, which is one of the -isms. I mean she was the most capable and she was in her interview.

“It was appalling for the entire disability community and, I think, for journalism,” she added.

Fetterman then turned to NBC News and said that media outlets like her “must take responsibility” for instances of ableism, which she pronounces as “ability-ism.” She also expressed hope that NBC and/or Burns will soon offer an apology to her family and the “disabled community.”

Despite strong backlash from Mrs. Fetterman and other networks, including the Associated Press, NBC News has defended Burns and her coverage. “Dasha is a widely respected Beat reporter on the Pennsylvania Senate race and has been providing inbound coverage from the state for most of the last year,” the a.m. said expression. “We stand behind their comprehensive coverage of all the important dimensions of this year’s Senate campaigns.”