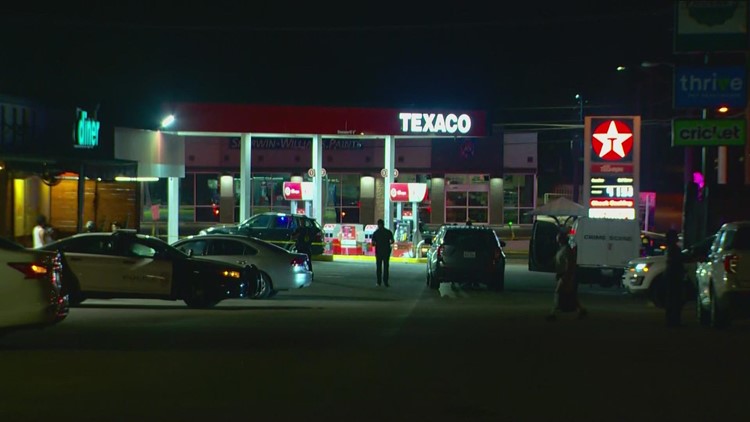 An investigation found the shooting was linked to gang activity and that the victim was an innocent bystander, APD said.

Two 17-year-olds, two 18-year-olds and one 16-year-old were arrested by APD on September 26 in connection with the death of 28-year-old Rony Alfredo Mateo-Comapa at the end of July.

The incident happened on the night of July 20th. APD was responding to a report that around 11:20 p.m. someone was shot at the Texaco in the 500 block of W. Oltorf St. Officers arrived at the scene and found Mateo-Comapa unresponsive from obvious gunshot wounds. He died at the scene.

An initial investigation found that Mateo-Comapa was pumping gasoline in the Texaco when several suspects approached him. APD said the suspects ran toward the victim, shot him, then left the scene in the car they got in, which belonged to Mateo-Comapa.

In Thursday’s update, APD said the murder and robbery stemmed from criminal gang activity that took place earlier in the evening. Mateo-Comapa was an innocent bystander.

The teenagers reportedly tried to shoot someone else during a drive-by shooting before Mateo-Comapa was killed.

City of industry: woman and child hit while crossing the street in a violent get-away, captured on video

"Atlanta" Season 4 Episode 4 is the funnest show in years