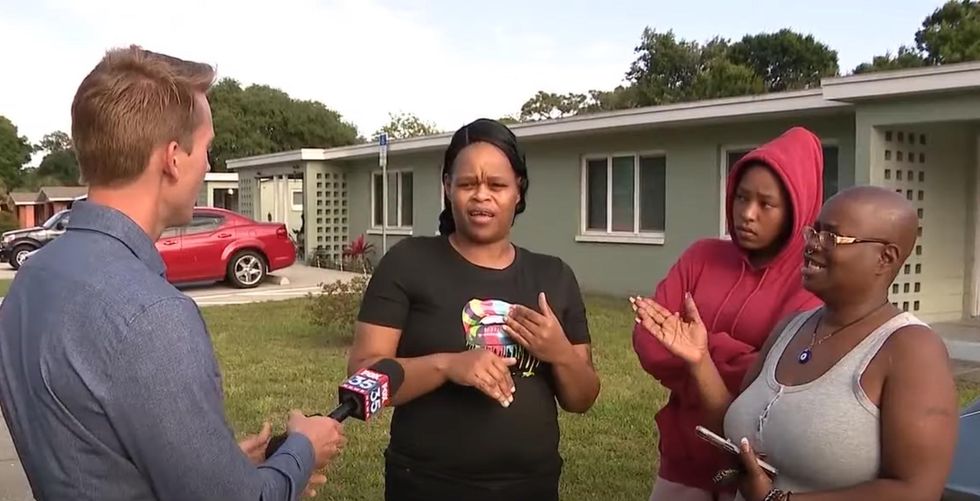 A Florida mother says she is innocent of police charges that she allegedly called a bomb threat at a high school after a student got into an argument over food portions in the cafeteria.

According to the police someone called of Cocoa High School in Cocoa and left a epithet-filled message on February 3 with a threat.

“If you don’t start feeding my motherfuckin’ kids better at this b****, I’m gonna get around this b**** and blow up that motherf***er,” the caller said.

Officer evacuated the school as a precaution and called the police, who determined that the caller’s phone number matched Smith’s cell phone number. An officer also said he had had previous encounters with the woman and that her voice matched the voice left on the recording.

Police arrested Smith, 41, on Wednesday months after the incident. She denied the allegations in an interview with WOFL-TV.

She said the phone number was not hers and that she did not recognize the student’s name on the arrest report.

Police claimed she was the legal guardian of a student who got into an argument with canteen staff over not being given enough food.

“A simple fact check could have eliminated all of this. An arrest could ruin someone’s life. Not her life. I’ll make sure,” said Andrea Johnson, Anaya’s sister.

WOFL reporter Connor Hansen said they tried calling the number on the report but it was out of service.

No explosives were found in the school during the investigation.