Warning: The following contains spoilers for For all mankind‘s season 3 finale. Proceed at your own risk!

I’m sorry Justus, it’s not your time yet. Looking forward to season 4, For all mankind Showrunners Ben Nedivi and Matt Wolpert tell TVLine the Apple TV+ drama will continue to focus on the red planet.

In the Season 3 finale, the NASA, Helios, and Russia astronauts chose to remain on Mars, reducing the load on the pregnant Kelly’s spacecraft so she could get to the Polaris ship for confinement. The decision meant their fellow astronauts would be stuck on Mars for another 18 months before Sojourner 2 would arrive to pick them up.

But even if Ed, Dani & Co. are off the planet when Season 4 starts in the 2000s, “I don’t think we’re done with Mars yet, to be honest,” says Nedivi. “We’ve only just started exploring what’s possible on Mars this season, and we haven’t even made it halfway through this season. So our intention is to build on Mars and see a growing colony up there and what’s possible up there.”

Season 4 will also explore another area, this one on Earth, after the finale’s surprise revealed that Margo Madison lives in Russia in 2003. Wolpert confirms that the former director of NASA – who faced an FBI investigation for leaking information to Russia’s space program – exited the Johnson Space Center before it was bombed by Jimmy’s conspiracy theorist buddies. She was then taken to her new home for protection, presumably by the same people who blackmailed her. 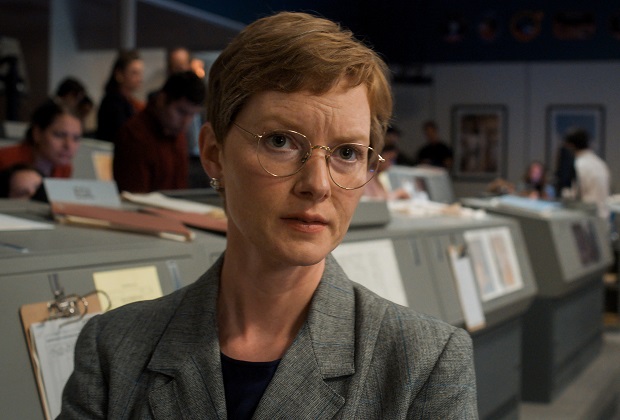 “One of the new frontiers of Season 4 is Russia and a peek behind the Iron Curtain in a way I don’t think we’ve done on the show before,” Nedivi previews. “We were very excited to be able to tell that story a little bit through Margo.”

Whether Margo’s colleagues and friends in America assume she died in the JSC blast, which also killed Karen Baldwin and Molly Cobb (find out more about those victims here), “we’ll have to wait and see for Season 1.” 4,” teases Wolpert.