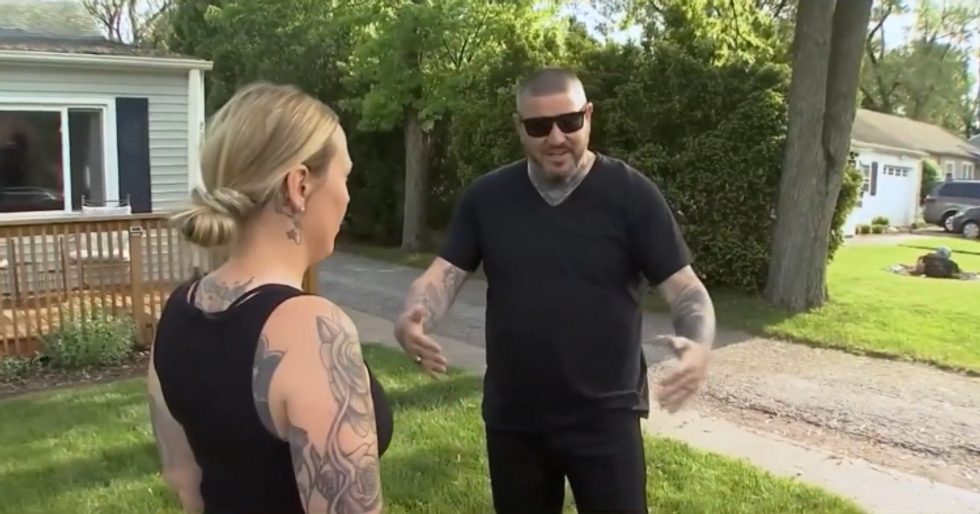 A wanted felon brutally assaulted a police officer in Portage, Indiana last week. The wanted man might have eluded law enforcement had it not been for a former MMA fighter volunteering his special skills to incapacitate the criminal.

William Cassoday, 39, was out with his wife on Monday afternoon to visit his mother and show her her new car. While driving, he noticed a Porter County Sheriff’s Office patrol officer being punched in the face and immediately stopped to help the battered officer.

Unfortunately for the criminal, Cassoday is a former MMA fighter and a Brazilian jiu-jitsu trainer.

Cassoday – who is working to get his black belt and has been training for 13 years – defeated the criminal with ease.

“I’m 280 pounds — this guy was probably half my height,” Cassoday said.

Cassoday came from behind and slipped his arm around the felon’s neck, then used his other arm to tighten the grip in a rear-naked choke.

“He couldn’t do anything because I was pressing on his neck and then for a second he felt like he was going to go limp and I relaxed[ed] it up,” said Cassoday WMAQ TV.

Cassoday arrested the man within 15 seconds, and the officer recovered to handcuff the suspect.

Porter County Sheriff’s Office Patrol Officer Jamison Smith noticed Delgado walking down the street and stopped him on an outstanding warrant for a auto theft. Delgado reportedly attacked Smith during the confrontation.

Delgado was arrested and charged with assault, resisted arrest and gave false information to police.

Patrolman Smith sustained swelling above his right eye from a blow, but officials said he was “fine.”

While being pinned to the ground, Delgado reportedly told Cassoday that he should become a police officer. Cassoday replied: “It’s not something I’d be interested in. They don’t get enough credit for what they do.”

Cassoday’s wife – Marisa McDaniel – said: “Not many people would have done that. He was very brave. He didn’t have to think twice, he did what he had to do.”

“He put his own safety aside and found himself in danger while helping Officer Smith arrest a felon,” said Cpl. Benjamin McFalls said accordingly Lake Geneva Regional News.

“Mr. Cassoday willingly jumped into a fight in which our officer was violently assaulted,” added McFalls. “Mr. Cassoday illustrated what it means to be a Porter County resident. We will honor him in the near future.”