Kim, whose credits include “Bitterbrush” and the Oscar-nominated “Hale County This Morning, This Evening,” said the documentary market crowded out important stories.

A glimpse of documentary producer Su Kim’s filmography provides an immediate contrast to the era of blockbuster documentaries. Her films explore underrepresented experiences from the inside out, presenting the ultimate antidote to the hodgepodge of high-profile celebrity portraiture and corruption that dominates the non-fiction market.

“I want to capture stories from the fringes of power and bring them into the mainstream,” she said in an interview with IndieWire this week, “to shed light on people who often fall through the cracks.” That might sound like lofty ambition , but is borne by work.

In 2018, Kim was nominated for an Oscar for director Ramell Ross’ Hale County This Morning, This Evening, an operatic immersion into the life of a black community in Alabama; 2019’s “Midnight Traveler” follows an Afghan director and his family as they flee the Taliban through footage captured during their escape; Bitterbrush, which opened earlier this summer, portrays the lives of two Montana cowgirls. Now comes Free Chol Soo Lee, which takes up the little-known story of a Korean-American man who was wrongfully imprisoned for 10 years before his acquittal in 1983, setting him up for a difficult life.

Despite the geographic and cultural diversity of these issues, Kim’s fixation is clear. “One of the things I’ve always been interested in is immigration stories,” said Kim, whose family immigrated to New York from South Korea when she was a young child. “As an immigrant, I’ve always been attracted to the lives of outsiders and I think that’s a common thread in my work.”

Kim’s production career over the past decade has coincided with the explosion of the documentary film market fueled by the streaming market. But even as tentpole documentaries about J.Lo, “Tiger King,” and “The Tinder Swindler” have sparked more interest in the shape, Kim said that trend has created more of a challenge for the work she plans to produce. “People say it’s a golden age of documentary film, but I wonder if that’s a crisis,” she said. “There’s a shrinking space for the kind of content I’m trying to bring to the world.” 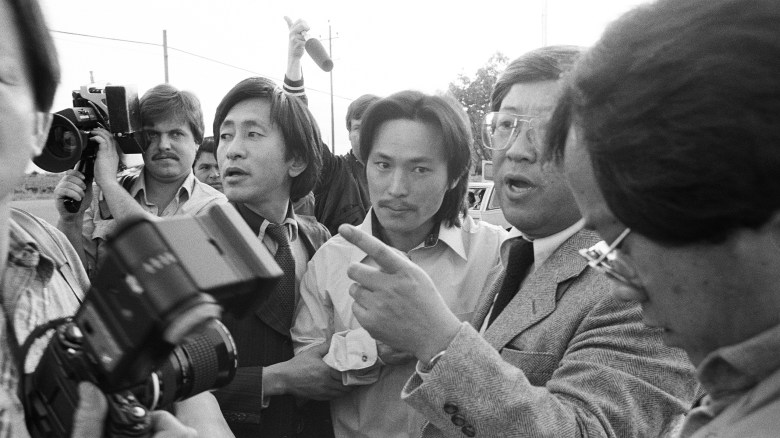 Nevertheless, as a free agent, she persevered from one project to the next. For Free Chol Soo Lee, Kim worked with filmmakers Julie Ha and Eugene Yi for six years to cobble together the resources for a story that would resonate with the Asian American community and beyond.

After Lee was wrongly convicted of a gang-related murder in San Francisco’s Chinatown in the 1970s, vigorous mobilization efforts by activists and reporters helped secure his release, and at that point he was struggling to settle into the to reorient society. The film serves as a microcosm of how racism and corrupt legal processes can have long-term effects that spill over into society.

“It’s this obscure story, but quite epic,” said Kim, who admitted she hadn’t heard of Lee’s story but her mother had. “It was appalling that I didn’t know about it,” she said. “I know the feeling of not belonging here and the desire to be seen for who you really are.”

She was as invested in his success as the first-time directors. “To make a project like this work, its value has to be recognized, and it was difficult for minorities to find that,” Yi said in a separate interview. Kim put it bluntly, “I mean, there aren’t that many Korean-American producers, and I was one of them.”

After her family arrived in New York, Kim partially learned English by watching PBS documentaries on television. This fostered her early interest in non-fiction film, despite pressure from her parents to pursue a more lucrative career. In her early twenties, she burned out at a marketing gig and left to produce full-time. “I was really bored with marketing,” she said. “I knew I couldn’t do this for the rest of my life.”

She landed her first film appearance as an associate producer on the PBS documentary Adama, which follows a young Mulsim girl falsely accused by the FBI of being a suicide bomber, and her thematic focus evolved from there. From Bitterbrush to Free Chol Soo Lee, Kim has supported projects that address gaps in contemporary storytelling.

“I really think that non-fiction filmmaking is an art form, and feature films have the potential to be as transcendent as anything in the history of cinema,” she said. “I feel like we’ve gotten into a system that pressures filmmakers to be commercial, and I sometimes wonder about that. It’s a struggle to make and finance your films, but also to hold on to your voice. It’s the biggest change I’ve ever seen.”

For Free Chol Soo Lee, Kim pulled funding from a variety of sources, including PBS and the Korean Film Council, which had never funded a Korean-American film before. This piecemeal approach helped meet the filmmaking team’s early goals of securing an upcoming release in South Korea and showing the film in jails for incarcerated persons as PBS is available nationwide. “On the business side, that limits your sales potential,” she said.

But with MUBI releasing the film in the US and several other territories, the film has many opportunities to find an audience; Along with the sale of “Bitterbrush” to Magnolia last year, Kim appears to have begun finding solutions to bring seemingly challenging work to market.

But it was the Oscar nomination for Hale County that marked a real turning point in that mission. “It was really a pleasant surprise for me,” she said. “It proved that there is an audience for movies like this, and my job as a producer is to defend those voices, even when they’re difficult.”

“Free Chol Soo Lee” has faced a major hurdle over the years of figuring out how to centralize Lee’s perspective since he died in 2014. Kim solved this problem last year when she came across the PBS documentary series College Behind Bars, which chronicles Sebastian Yoon’s experiences. After his imprisonment at the age of 16, Yoon finally managed to get an education through a prison program set up by Bard College.

He was released last year and Kim came up with the idea of ​​hiring Yoon to provide the voiceovers of Lee’s letters and speeches in her film. The result is a touching performance that creates a thematic connection between the story at hand and contemporary realities. The filmmakers said Yoon offered hints on how to better highlight the emotional toll of Lee’s incarceration. “Sebastian made us realize how deeply touched the story was when he read Chol Soo’s memoir,” Yi said. “He was in tears. He could remember that feeling of loneliness and isolation.”

Yi added that he’s cautious about believing the industry has started embracing Asian-American stories more broadly. “There is still concern that there will be no interest in funding Asian-American projects, but I hope to have those opportunities,” he said. However, Ha said that the documentary room represents an ideal alternative venue. “As we fight the battles within Hollywood’s mainstream institutions,” she said, “we also need to create our own storytelling platforms to drive this conversation forward. “

Kim, on the other hand, has two more documentaries from the festival circle in the distribution pipeline in the coming months, both of which will be shown at Tribeca at the beginning of the summer. In Sansón and Me, Mexican filmmaker Rodrigo Reyes follows the filmmaker’s relationship with an immigrant sentenced to life in California after a gang murder; In Hidden Letters, director Violet Feng explores the secret exchanges between women in China who corresponded during thousands of years of oppressive marriages.

Both projects continue Kim’s fixation on underrepresented perspectives in contemporary cinema. “I’m idealistic,” Kim said. “I think there’s space for these stories and an audience for them. I think that’s where we should be inspired together.”

However, she worries about the proper resources to support such films in the long run. “‘Free Chol Soo Lee’ lasted six years and ‘Sansón and Me’ lasted ten years,” she said. “We have to find a way to offer sustainable careers. It becomes more difficult. I struggle with it; The directors I work with struggle with that. This is a challenge that the entire industry now has to face.”

Samsung executive explains that foldable phones are so important