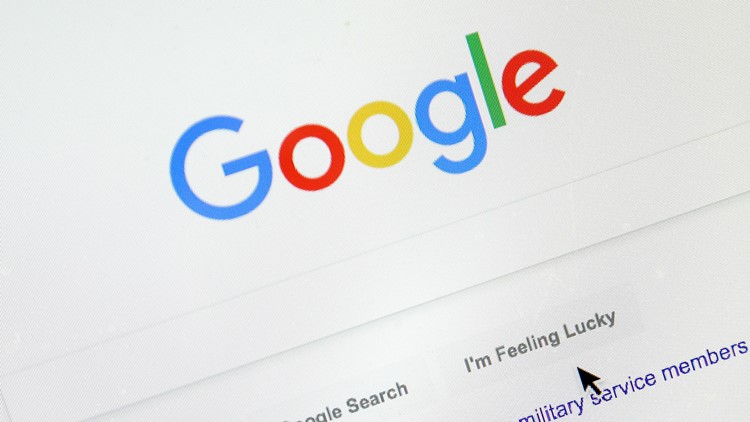 Although “Wordle” dominated the search engine in 2022, national and global events took over most of the US top 10 spots

WASHINGTON — Americans and the rest of the world are focused on one thing in 2022 — guessing the daily five-letter word in Wordle. Google’s year of searchreleased on Wednesday, revealed the game was that Top trending search term worldwide.

Each year, Google lists the top search term that had the highest increase compared to the previous year. Wordle ranked first for United States search terms, while midterm election results came in second.

Although Wordle dominated the search engine in 2022, national and global events took over most of the remaining nine places in the US Searches related to the death of Queen Elizabeth II ranked fourth overall, while searches related to Ukraine ranked sixth.

For the first time, Google has introduced a feature that allows users to view the local year in search based on location. By entering a zip code or city, Google shows users interesting search trends in the area.

Here’s a breakdown of Google’s most searched terms in 2022.

The digital five-letter guessing game became part of the routine in 2022 — like waking up and brushing your teeth. Players have six attempts to guess a five-letter word, with only the previous guess providing clues.

What made it so attractive? It could only be played once a day.

As it surged in popularity in early 2022, the game was purchased by The New York Times. It gained new notoriety after the newspaper partnered with Hasbro Inc., the company behind Scrabble and Monopoly, to create a board game.

Midterm elections take place every two years between the presidential elections. This year’s election reshaped party control in Congress, as Republicans won the House of Representatives and Democrats retained the Senate majority.

Although it had been nearly a month since Election Day, the last Senate race was called Tuesday in the Georgia runoff. Incumbent Senator Raphael Warnock won the 51st seat, beating Herschel Walker.

Rounding out third place was legendary “Golden Girls” actress Betty White, who died on December 31, 2021. White, who was six days away from her 100th birthday, suffered a stroke in the days before her death.

Queen Elizabeth II, Britain’s longest reigning monarch, died in September after 70 years on the throne. She was 96 years old. Her son, King Charles III, will be crowned at Westminster Abbey on May 6th.

Bob Saget died in January, becoming one of the first high-profile deaths of 2022. The 65-year-old was best known for playing one of America’s most popular dads: Danny Tanner on hit TV sitcom Full House and the Netflix series Sequel “Fuller House.”

The ongoing war between Russia and Ukraine began on February 24 after Putin invaded the former Soviet Union. Nine months later said US Army General Mark Milley “Well over 100,000 Russian soldiers” were killed or wounded, with similar numbers on the Ukrainian side.

He added that more than 40,000 Ukrainian civilians were killed.

At the height of the summer heat, lottery fever drove Americans into a frenzy. A near-record Mega Millions jackpot of $1.377 billion was up for grabs in July, and a winner from Illinois took home the prize.

Lottery games across America reached new heights with a record-breaking Powerball jackpot. After several months without a grand prize winner, a single Powerball ticket in California won the record-breaking jackpot of $2.04 billion in November.

Anne Heche, 53, one of the biggest movie stars of the late 1990s, died on August 5 after a serious car accident. She was later pronounced brain dead but kept alive until her organs could be donated.

She also played one of cinema’s most famous murder victims, Marion Crane in Psycho in Gus Van Sant’s remake of the Alfred Hitchcock classic, and starred in the indie favorite Walking and Talking.

Netflix “Dahmer: Monsters: A Series by Jeffrey Dahmer” surpassed 1 billion hours of views within two months of the show’s release. According to Netflix, it’s the third title in its streaming history to surpass 1 billion, behind “Stranger Things” and “Squid Game.”

Microsoft warns of database problems after Patch Tuesday • The Register