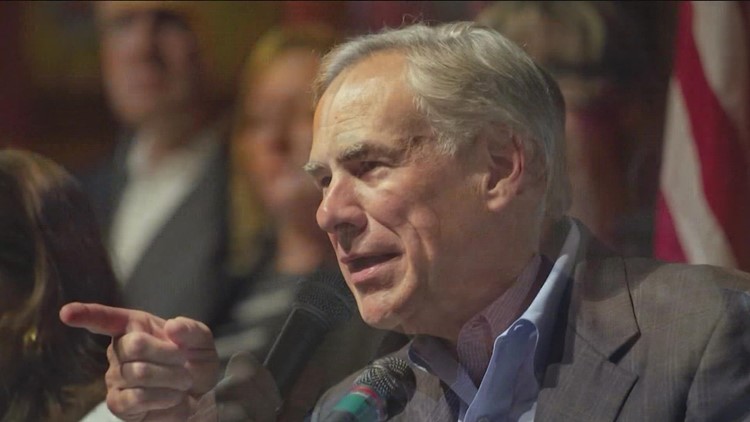 Abbott said that with the nearing end of Title 42, “the number of illegal immigrants crossing the Texas-Mexico border has reached an all-time high.”

in one Letter to Texas Attorney General Ken Paxton, Abbott said that as Title 42 nears its end, “the number of illegal immigrants crossing the Texas-Mexico border has reached an all-time high.” Abbott believes those numbers are likely to rise in the coming weeks.

Abbott wrote that “while the burden of dealing with the ongoing border crisis should not fall on Texas, the federal government has failed to take action to resolve the issue,” and thanked Paxton for the lawsuits his office has brought against the Biden administration .

“There have been recent reports that non-governmental organizations may have assisted in illegal border crossings near El Paso,” the letter reads in part. “We further understand that NGOs may be involved in unlawfully orchestrating other border crossings through activities on both sides of the border, including in sectors other than El Paso.”

Abbott wrote that in light of the reports mentioned, he is asking the Paxton office to open an investigation into the role of NGOs in “planning for and facilitating the illegal transportation of illegal immigrants across our borders.” Abbott said he was willing to work with Paxton’s office to come up with “reasonable legislative solutions” that Paxton’s office could propose to “resolve the ongoing border crisis and the role NGOs could play in promoting it.”