Florida’s new state budget will not include $35 million for a Pasco County baseball practice facility to be used by the Tampa Bay Rays in what many are saying is Gov. Ron DeSantis’ (R) latest move to punish organizations that advance progressive causes.

DeSantis has not publicly stated his reasons for vetoing the facility, and in fact has a long history of opposing public funding of sports stadiums. But that hasn’t stopped people from making guesses.

The team would join the New York Yankees in replacing their usual game coverage on social media with live-tweeted facts about the effects of gun violence.

\u201cIn lieu of game reports, and in partnership with @Yankees, we will use our channels to provide facts about the impact of gun violence.\n\nThe devastating events in Uvalde, Buffalo, and countless other communities across our country are tragedies that cannot be endured.\u201d

“Each day, more than 110 Americans are killed with guns and more than 200 are shot and injured,” the team tweeted, adding, “Firearms were the leading cause of death for American children and youth in 2020,” among other things.

On Thursday, DeSantis, a staunch supporter of the Second Amendment, vetoed funding for the Odessa facility. According to The Hillthe complex was “generally expected to be included in the state budget”.

It wouldn’t be the first time DeSantis has defended its conservative agenda against bright organizations with radical political beliefs. The governor took on Disney earlier this year after the entertainment company publicly opposed popular legislation aimed at protecting children from unnecessary discussions about sexual orientation and gender identity at school.

DeSantis stripped Disney of its longstanding special district status in the state, which gave the entertainment giant self-government privileges and special tax status.

TheBlaze has reached out to the governor’s office to clarify whether or not the Rays’ anti-gun rage played a role in his decision to veto the training facility.

For now, it appears that a DeSantis spokeswoman, Christina Pushaw, may have tipped the scales by oddly retweeting Newsweek editor Josh Hammer’s opinion. by mediat. 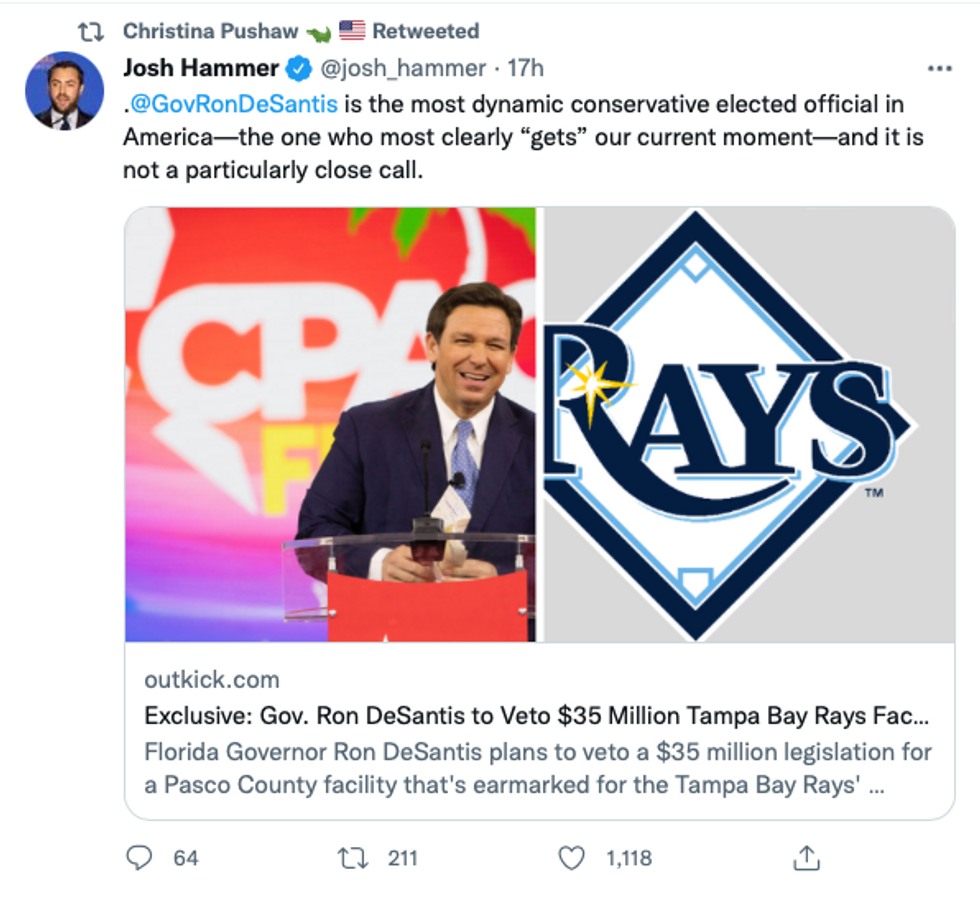