Pretty much every week in the comments that follow TVLine’s Grey’s anatomy Recaps, angry viewers suggest the constant drama has taken its course and should be sent to the television graveyard. I never understand. I may like one story better than another, one character less than another. But the show as a whole still has a lot of life in it. And even if I hadn’t thought of that before, I would have done it would have until after checking out a preview screener for the season 19 premiere on Thursday (at 10/9c on ABC).

Everything Has Changed is, in a word, a great sauce. Written by showrunner Krista Vernoff and directed by EP Debbie Allen (aka Catherine), it’s funny, emotional, flies by like it’s 20 minutes long, and has at least one line that’s sure to quote Friday morning and forever becomes. (You’ll know when you hear it.) When the credits rolled, I was excited — not only as someone who is covering the series, but as someone who likes it enough to watch it, despite not being one of I was struck. This isn’t technically a reboot, but it feels like one – almost like a rebirth.

And I know you’re wondering about the five new first-year residents that will be making the rounds of Gray Sloan. Are you good? will you like them I’m happy to report that they’re actually pretty awesome – exceptionally well cast and instantly better defined than the influx of interns brought in for Season 14. In fact, we learn more about the Season 19 rookies making their debut when we did some of the Season 1 OG residents in the series premiere. 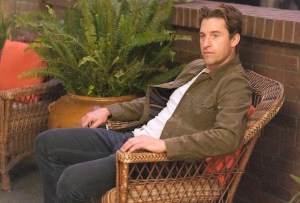 Well, to be clear, none of this is to say that I love everything about it Grey’s anatomy. Like any viewer, I have quibbles. How can two adults in love like Meredith and Nick go six months without talking about their problems? Will Maggie and Winston’s relationship ever be thoroughly explored? And should we really be worried about Owen and Teddy going into the slammer in the long run?

But these are quibbles and just the latest of them. I have trouble with everyone show that I’m watching. Do not we all do this? But so far Grey’s anatomy The good far outweighs the bad, and the great sometimes makes me forget that bad even exists. So I’m very interested to see your reaction to the season 19 premiere; it got me stoked to see what’s to come, quibbles and all.

Suggestion 28: Provide arts and music programs in every public school in California