Say hello everyone. That’s not all Netflix announced on Thursday heart stopper had begun production on Season 2, but the cast was expanded to include four actors the absolutely adorable teen romance. (And we don’t use the word “enchanting” lightly; see here.) 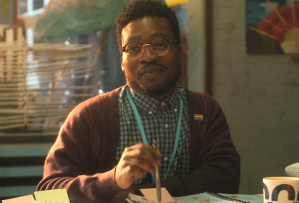 If we don’t miss our mark, the romantic life of our beloved Mr Ajayi will take a turn for the better with the casting of Nima Taleghani as fellow Truham teacher Mr Farouk. And finally, Jack Barton has been tapped to play David Nelson, who seems destined to be the most despicable character since Ben and Harry.

Why is this? Barely mentioned in season 1, Nick’s older brother is called “a biphobic a-hole” by none other than Alice Oseman, whose graphic novels her series is based on. It seems, then, that classmates Nick and Charlie are becoming friends – officially and confirmed (read our recap of the season 1 finale here) – hardly sooner than they face yet another foe.

some context:
David is Nick’s brother who is four years older. he hasn’t appeared in heartstopper yet because he’s at uni. He’s a biphobic asshole.

As previously reported, all of the main cast of the YA drama will be back for Season 2, including Sebastian Croft (Ben), who is MIA above. Netflix extended the show for a second and junior season back in May. Share your thoughts/hopes/concerns regarding the new characters in the comments below.

'Counts as a whole day'