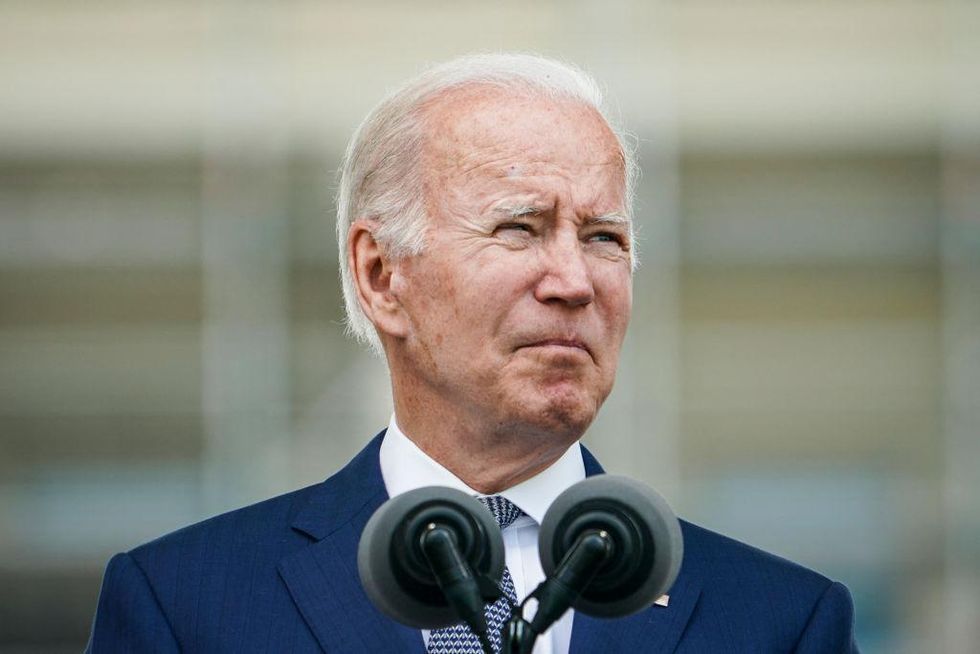 President Joe Biden announced Monday that he and First Lady Jill Biden would travel to Buffalo, New York, Tuesday to mourn with the community after the horrific race-based massacre there that killed ten and injured three others became.

At a Tops supermarket in the city, the suspected gunman, 18-year-old Payton Gendron of Conklin, New York, opened fire on the store’s mostly black clientele Saturday afternoon, killing several in the parking lot before entering the store and the Act of violence continued rampage.

Gendron reportedly told police that he had planned a violent attack on the black community and allegedly championed white racist and fascist views online.

Jill and I will be traveling to Buffalo Tuesday to mourn with the community who lost ten lives in a senseless and horrific mass shooting.

The heinous attack has left the community and the country reeling. After such tragedies, a presidential visit is often a source of comfort and healing. As such, no one seems to be suggesting that Biden shouldn’t visit Buffalo.

But critics were quick to point out that Biden’s prompt visit to the city smacks of political bias, especially since the president has yet to visit Waukesha, Wisconsin, where another attack that killed people took place late last year.

In that incident, a black convict, Darrell Brooks Jr., who was recently released from prison on questionable terms, allegedly drove his car into a crowd of mostly white people at a Christmas parade, killing six and injuring more than 60 others.

It just so happens that the Buffalo massacre — in which a white man killed innocent black people with guns — fits Biden’s political narrative, while the vile attack in Waukesha did not, critics say.

After the Waukesha massacre, the White House defended Biden’s decision not to visit the city in person, arguing that sending the president to a community “requires a lot of wealth.” Apparently, ample wealth isn’t such a big obstacle this time around.

Of course, we’re used to Democrats being disgusting pigs, but it’s just beyond disgusting that Biden never visited Waukesha. He immediately runs to Buffalo, but he never showed up in Waukesha in person because the victims were white.

When a black supremacist massacred a Waukesha Christmas parade, the President of the United States refused to visit the victims. Almost a month after the attack, he sent his wife for a photo op. \n\nBiden will be in person in Buffalo on Tuesday.

Remember how six people were killed and 62 injured in Waukesha and Biden wouldn’t visit for politics? Good times.

JUST IN: President Biden will visit Buffalo on Tuesday. There’s no word yet on when he’ll be visiting Waukesha, WI or Orange County, CA or Brooklyn, NY.

So did conservative commentator Candace Owens joined the choir of those who criticize the President and the media say, “Both acts are heinous, but they will not receive the same media coverage … they will exacerbate the Buffalo shooting because white crimes are being committed against black victims.” [are] prefers.”

Both acts are heinous, but they will not receive the same media attention. \n. \n\nThe cycle of hatred continues.

Others on Twitter called Biden’s actions “disgusting“and claimed he’s only visiting Buffalo because he thinks there can be a gig there”politically beneficial.”

https://www.theblaze.com/news/critics-pummel-biden-buffalo-visit ‘Hideous’: Critics blast Biden for rushing to Buffalo after massacres, though he still refuses to visit Waukesha