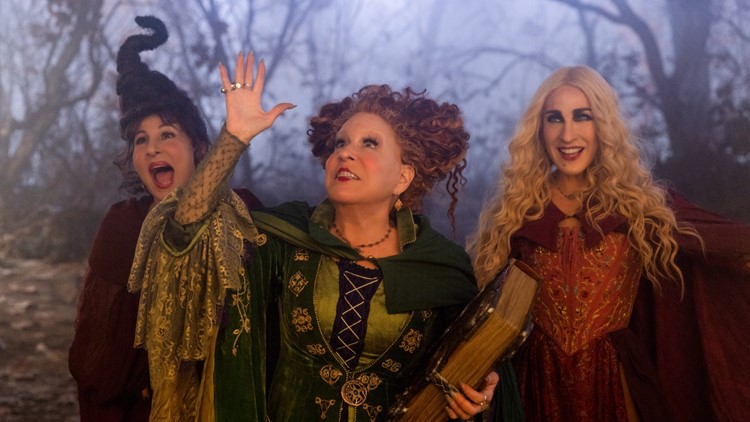 After 29 years of waiting for a sequel, Hocus Pocus 2 has finally been released for the 2022 Halloween season.

The Sanderson sisters are back with a vengeance in the new movie, now streaming only on Disney+, as Bette Midler, Sarah Jessica Parker and Kathy Najimy all reprise their roles as the wonderful witches of Salem.

“Lock up your children! Yes Salem! We are back!”

That’s the warning Midler’s Winifred Sanderson shouts at the lightning-filled sky as the culmination of the full trailer, which you can watch below:

“It’s been 29 years since someone lit the Black Flame candle and resurrected the 17th Century sisters and they seek revenge,” Disney describes. “Now it’s up to three high school students to stop the ravenous witches from wreaking a new kind of havoc on Salem before dawn on All Hallows Day.”

Here is an excerpt from the film:

Since its release in 1993, Hocus Pocus has garnered a frenzied fan base and has become one of Halloween’s most beloved kid-friendly cult classics.

The original has also become a staple of the fall season, with marathon viewings often seen during Freeform’s annual 31 Nights of Halloween.