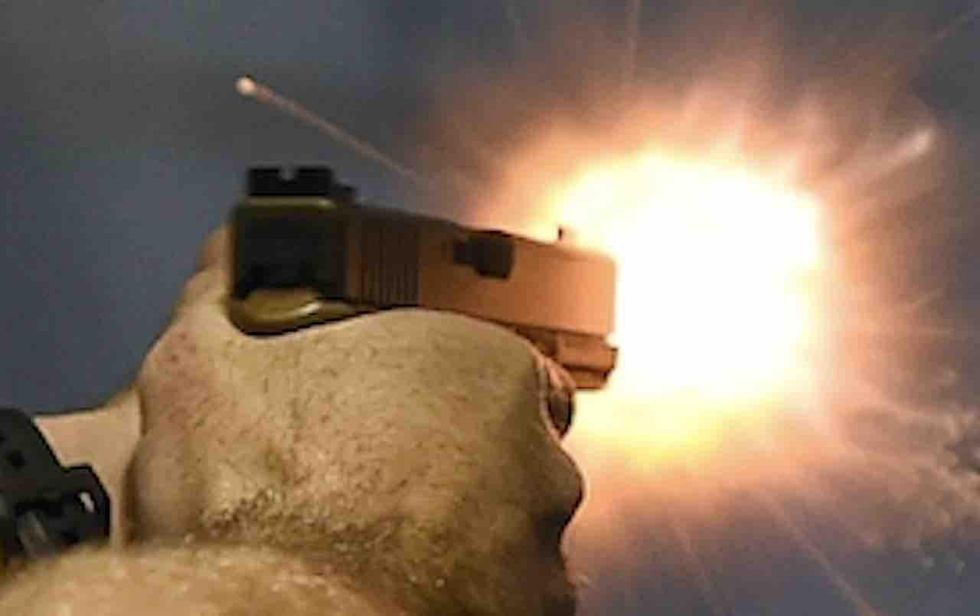 A Texas homeowner shot dead a man over the weekend who allegedly tried to break into the homeowner’s home – but as the suspect was being treated, he kicked open the ambulance door and ran away and was soon recaptured by police.

San Antonio homeowners told police a man was in their yard and attempted to break into their home around 1:30 a.m. Sunday. KABB TV reported.

A homeowner said he warned the suspect about the possibility of being shot, the station said.

But after the suspect stormed to the back door of the home, authorities told KABB that the homeowner shot the suspect twice.

Police were driving around the 300 block of Wilmot Street when they heard gunfire. Afterward, they conducted a search and found a man in his 40s with gunshot wounds to his right thigh and elbow, the station said.

KABB said officers called for help and began treating the man in an ambulance – but officials added to the station that the man decided he didn’t want treatment, pushed open the ambulance door and tried to escape.

The station said the man was arrested immediately and taken back to the ambulance.

But that wasn’t the end of the cops’ troubles.

Police told KABB the suspect was so combative that he was sedated so medical staff could treat him.

Police are still investigating the incident, the station said, and no other injuries were reported.

Sunday’s incident marked at least the second time in less than three weeks that a San Antonio homeowner was forced to fire a gun at an intruder. In late April, a man broke into a home in San Antonio while a mother and her three children were inside. However, the mother had a gun and shot the intruder.

https://www.theblaze.com/news/texas-home-invader-shot-ambulance Homeowner shoots suspected intruder dead – then suspect kicks in ambulance door, runs, and is so combative when police arrest him again that he’s injected with a sedative