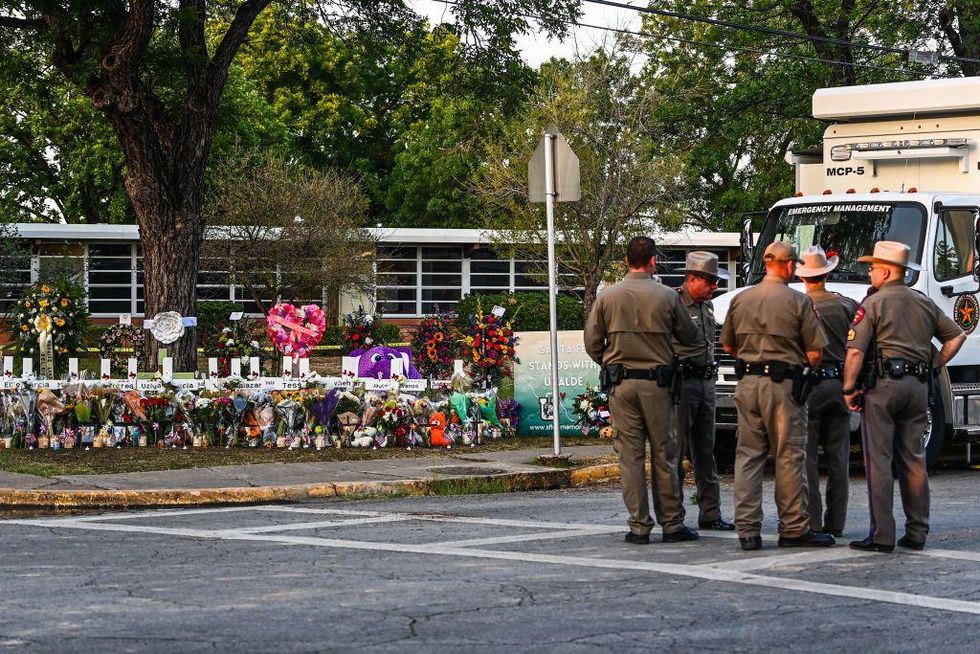 President Biden asked the most important question after the Uvalde school massacre. “When in God’s name are we going to do what we all know in our guts needs to be done?” asked the President after a rare scriptural reference. He’s exactly right. We all know that 100% of school shootings have taken place in recent years, where everyone but the attacker has been barred from being armed with a gun or rifle. It’s time to end the gun ban in schools.

We can debate the root cause of the unmistakable rise in school shootings over the past decade or two. But between the mental health crisis, the breakdown of families and religion, and the incessant glorification of social media tragedies that so many psychopaths think about, we are clearly caught in a vicious cycle of copycat attacks targeting schools, among other things.

We’ll be hearing a lot of stats thrown around in the coming days. But the most important stat relevant to this topic is 100. Yes, 100% of school shootings over the past two decades have occurred in places where it was illegal for a parent, teacher, or administrator to carry a gun. Even the most ardent gun control advocate knows that any sadistic mass murderer will always have numerous types of firearms at their disposal. The only question is: will he be the only one armed and knowing with complete confidence that he can kill dozens of people before he’s stopped?

Obviously we need a standard set by local officials to have an entry point into schools while they are in session with a security detail manning that entry. But that’s not good enough. Security or police officers are identifiable to the attacker, and if the attacker successfully takes down the guard, they know they have a free hand in the rest of the “gun-free zone.” This point was not lost on the Buffalo attacker when he wrote in his manifest: “Areas where “carrying with a concealed weapon”are outlawed or forbidden can be good targets for attack.” Even with the next mass murderer it is not lost.

While it’s difficult to prevent every attack and avoid the loss of life every time, it’s just a shame that someone can mow down up to 21 people without being stopped. With the unidentifiable element of surprise, with multiple workers and administrators in each school hidden every day – with the necessary training and scenario exercises – we can at least ensure that a mass murder of this magnitude never happens again.

None of that gets to the root of these loner psychopath shootouts, but over time, when the gunmen were mowed down on the spot, or worst-case scenario, only after the first person was killed, the fame that plagues their insane brains, the knowing that the faces of the victims will be plastered over social media after each of these massacres are being neutralized. Yes, these attackers are unique and much harder to deter than typical street killers. They don’t care about dying. But they want to claim scalp. It is in our power to thwart that desire. If, after the next attempts, we all see images of a dead attacker lying in a pool of blood at the school entrance instead of the faces of 20 children, that would at least partially deter the next “copycat”.

While the news from Uvalde is still grim and contradictory – itself an ominous sign – it is becoming apparent that this atrocity was not about guns. police admit now that the attacker walked through an open door and was not confronted by a school resource officer or anyone else. The Wall Street Journal reports that a neighbor claims there was shooting outside for 12 minutes before even entering the building. Then when he entered require multiple parents They asked the police to enter the building and one was even reserved by US Marshals because they wanted to storm into the building. Steve McCraw, Director of the Department of Public Safety told reporters it took at least 40 minutes that officers could enter the building, and even then this may have only been due to the presence of border guards.

In other words, the government at every level has failed to protect children, but it has certainly been keen to prevent others from stepping in to fill the gap. Corresponding Law of Uvalde Countyas in most counties, “a person commits a felony when the person intentionally, knowingly, or recklessly possesses or walks with a firearm … on the physical premises of a school or educational institution, any premises or building on which one of a school or educational institution.” Furthermore, “it is not a defense against prosecution that the person owned a pistol and was licensed to carry a pistol.”

This law sure worked well, didn’t it?

What would actually work? Well obviously there should always be an officer stationed at a single entry point into the building. But let’s not forget that such a person becomes a clear target, and if they are knocked out by an attacker, there is no stopping them. What we need is some sort of “sheriff’s posse,” where local law enforcement delegates citizens to help cover shifts and unobtrusively patrol the premises and interiors of schools in plainclothes, concealed carry. So many communities are full of retired veterans and law enforcement officials who would happily defend American children on American soil after typically sacrificing to dubious foreign missions. Also, schools should have training programs for multiple administrators and teachers that can be conducted covertly.

After every school district has done this, get back to me if there are future attacks that kill that many. And the fewer there are, the less glory is channeled into the psychotic minds of future ticking bombs by such attacks. The more the left invokes Uvalde as a means of disarming private individuals on behalf of the government, the more it seems that we need more educated, armed citizens to fill the void left by the government.

Why doesn't Val Kilmer speak much in Top Gun: Maverick?