Dragons will come and go it seems, but the main themes of Westeros remain the same. The opening of “House of the Dragon” includes his TV father’s thundering drums, armies of strings and melodic choruses that repeat like the spinning of the earth. In fact, there’s quite a bit of music in HBO’s sequel to Game of Thrones that stays exactly the same. This is not least due to the fact that Ramin Djawadi’s score almost seems like a narrator for the events surrounding the old and new struggles for the Iron Throne. Whenever the title’s main theme hits – whether it’s the full-bodied version in the opening credits or an echo of part of the chorus subtly embedded in a character’s theme as they play for power – it invites us to admire and listen fear what is happening in a way that no virtuoso camera movement or blood shock across the screen ever can.

“I feel like people are paying really, really close attention to the score on the show,” Djawadi told IndieWire. “So it can be a really good tool [for guiding the audience]. You can enhance things to feel a certain way, or you can just mislead them completely so that when there’s a twist, the surprise comes – which, as we know on Game of Thrones, there can always be a twist [be even more impactful], and the music can be a big part of that.” Djawadi’s themes formed a wordless but intuitive language for viewers of the original series, not only for specific characters or settings, but also for ideas and forces in the world. Whenever the textured, near-original electric cello strings of the show’s dragon theme drift across the soundtrack, it offers the promise of fire and blood no matter what’s happening onscreen. Even in moments of somber silence, like the funeral scene in the first episode of The House of the Dragon, those long, mischievously plaintive tones speak to the alien power the Targaryens have access to and the unpredictability in their use of it could.

Choosing to build on audience familiarity and play with our expectations, rather than trying to invent a whole new language, allows Djawadi and the show’s creators to nest much emotional richness into outwardly simple sequences. The score also keeps up with the visual narrative in the instrumental turns that allow Djawadi to find frighteningly fresh new gears. “It was a lot of fun to write more topics again, more material, just more,” said Djawadi. “Obviously in the original show we used the piano for the first time in six seasons and it had this massive impact,” Djawadi said – a reference to “The Light of The Seven,” the accompaniment to Cersei Lannister’s explosive power grab in the finale the sixth season, “The Winds of Winter”.

“[With ‘House of The Dragon’]we thought, well, since people know the piano now, why not throw in the first episode right away?” 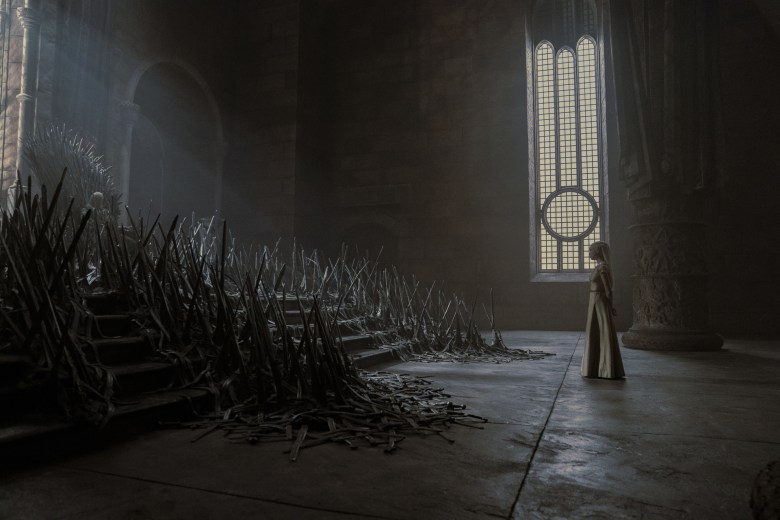 “House of the Dragon”

House of the Dragon itself must line up the power players for a possible civil war between the Targaryens and their very powerful dragons, but Djawadi uses the musical ideas of Game of Thrones to underscore this internal strife. Because when we hear something even slightly different in a tune we already know, we can tap into the simmering discord in the court of King Viserys (Paddy Considine). When the Western/Westerosi confrontation between Prince Daemon (Matt Smith) and Hand of the King Otto Hightower (Rhys Ifans) is interrupted in Episode 2 by the timely arrival of Princess Rhaenyra (Milly Alcock), the Targaryen prank sequence gives an almost sad one , subtle hint that no one here is really committed with their heart to anything.

But Djawadi is also adding musical vocabulary to the new series, finding new musical identities for his characters. Just like the original series, which eventually spawned distinct tunes for Arya Stark and Jon Snow from the heart of the Stark theme, Viserys and Rhaenyra slowly find their musical identities as they struggle to maintain their roles as king and heir and the echoes of the Targaryen – and King themes used for them are fused with the piano and choral elements that so often herald destruction. “There’s part of Rhaenyra’s theme that we heard in Episode 2 [that has] a voice in it that I find very interesting because I didn’t actually do that in ‘Game of Thrones,'” Djawadi said. “So this is a new part of the sonic palette and it was fun to write. I’m still looking creative [for if there is] something I haven’t used that might fit that character or family. Of course we want to keep the Game of Thrones DNA alive so the cello is still the main instrument. But there are definitely some new elements.”

One of the main differences between the Game of Thrones score and the House of the Dragon score is a total instrument swap. “In ‘Game of Thrones’ it was basically always the cello or the violin, and the only time I actually used the viola was for the piece ‘Jenny of Oldstones,'” Djawadi said. “This season is all about cello and viola. Actually there is no violin. I went deeper in the register. I like lifting the cello into the violin range [because] It has a thickness higher than the violin and I like that sound. The same goes for the viola – of course the viola can play lower than the violin, but even if the viola plays higher it has a different timbre.”

The different timbre fits this different era in history: a time when some of the old norms of Westeros still apply, populated by a different set of characters whose expectations and values ​​aren’t so shaped by the coming winter. Rhaenyra Targaryen is far more plagued by gender-prejudiced monsters than Ice Zombies. “It’s dark but very emotional,” Djawadi said of the score. “Well, I’m excited [the show’s Season 2 renewal] because there is such a setup this season and the thought of being able to push that forward is exciting.”

A roadmap for how Djawadi will continue to push the score can already be seen in the first track released for House of the Dragon, titled The Prince That Was Promised. The textured thickness that Djawadi creates in the music has a kind of melancholy weight; The heaviness of the sound speaks to how man-made much of the tragedy is here, and the recursiveness of the melodic phrases reflects the cycles of violence that (most) of the characters cannot escape. And at the very end, of course, underneath the main theme, the show’s main title theme creeps in, reminding us that for better or for worse, the Game of Thrones is never over.

Texas' heat index could reach 125 degrees in the next 30 years, the study says