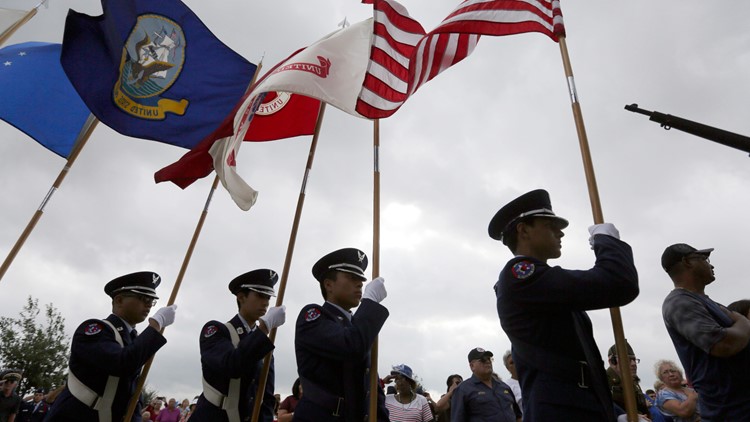 The parade begins at 11:30 am in Dallas and Bagby.

HOUSTON — Veterans Day is Friday, November 11, and Houston will honor those who have served with a ceremony and parade.

At 11am there will be a “Moment of Silence” to commemorate the 102nd anniversary of the signing of the Armistice that ended World War I.

The parade begins at 11:30 am in Dallas and Bagby.

The route goes east on Dallas, north on Louisiana, west on Walker, south on Smith, west on Lamar, ending at Lamar and Bagby.

Local veterans organizations, ROTC, Junior ROTCs, bands and supporters will participate in the parade to show respect and honor the veterans. This parade is open to the public and all are welcome along the parade route.

The route begins in Dallas at Bagby and ends at Lamar at Bagby. A ceremony begins at 10am and the parade follows at 11:30am#housenews #HouTraffic pic.twitter.com/4CXIWTrf2o