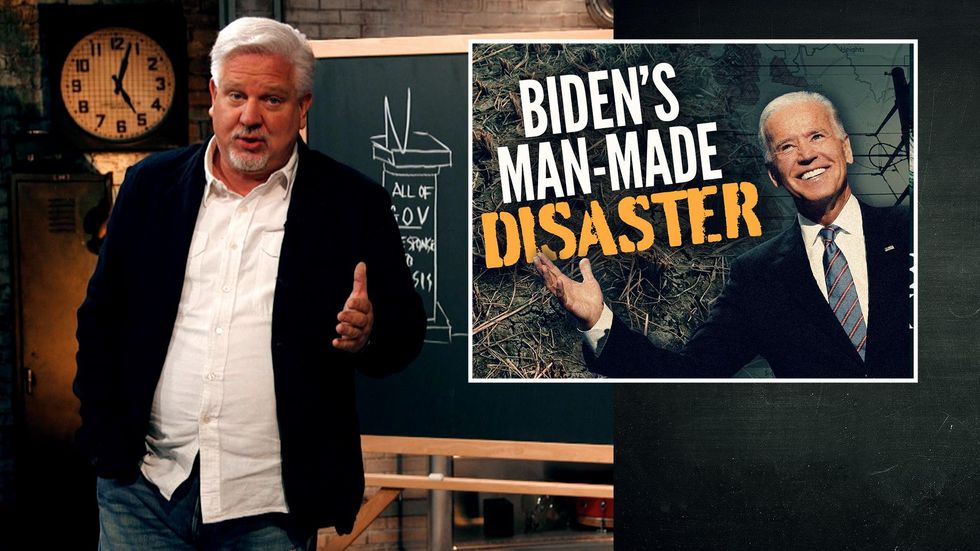 On Wednesday night’s episode of “Glenn TV,” Glenn Beck asks: Was that the plan all along? Because when things get worse, who will the masses turn to – the government. Although the Build Back Better legislation stalled, that didn’t stop the agenda. The plan to transform the United States of America continues to move forward.

Glenn reveals the plans put into motion in the final days of the Trump administration by radical outside activists coordinating with the Biden transition team. They plotted ways to fundamentally transform this country WITHOUT Congressional approval. Biden has been pursuing this plan ever since, and most didn’t even realize it. And the world government, with the help of the Biden administration, has just hatched plans to carry out the final coup. It is a man-made catastrophe to turn CRISIS into opportunity. Glenn pulls out the board to show you how EVERYTHING connects.

Big Tech’s community guidelines prevent us from airing the last half of this episode. Bypass censorship and rising inflation with a double discount on our usual discount with code BIDENFLATION at for $20 off.

Our Flag Means Death renewed for Season 2 on HBO Max