Below is a behind-the-scenes photo of Grabeel, Bleu and Coleman on set. 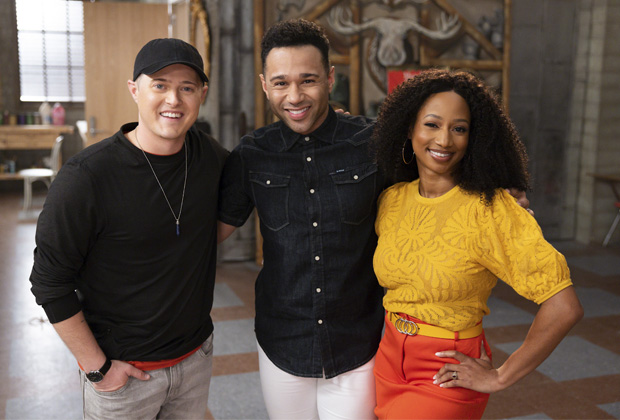 After an epic summer at Camp Shallow Lake, the students prepare for a stage production of Season 4 High School Musical 3: Senior Year. However, their plans are once again disrupted when director Gutierrez “announces that Disney has decided to do the long-awaited High School Musical 4: The Reunion Film on location at her beloved high school,” reads the official synopsis. Even better, the gang will play special extras in the film.

The news comes after showrunner Tim Federle cleared up rumors that Zac Efron and Vanessa Hudgens were also heading to the series after posting photos of themselves in the real East High.

“I’m going to chalk this up as a notable coincidence,” Federle told TVLine, “but we’d love to get Zac and Vanessa and everyone back, so we’re actively working on that right now.”