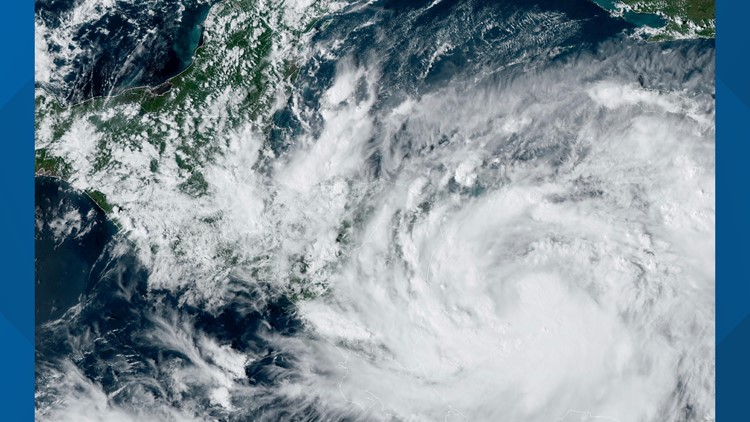 Mexico City, Mexico – Hurricane Julia hit Nicaragua’s central Caribbean coast on Sunday after lashing the Colombian island of San Andres, and a weakened storm was expected to gather over the Pacific.

Julia hit early Sunday as a Category 1 hurricane with maximum sustained winds of 85 mph, although its winds dropped to 75 mph a few hours later as it swept across Nicaragua with heavy rains.

The US National Hurricane Center said Julia is centered about 115 miles east of Managua, the capital, and is moving west at 16 mph.

It said life-threatening flash floods and mudslides are possible in Central America and southern Mexico through Tuesday, with the storm expected to bring up to 15 inches of rain in remote areas.

As the storm approached San Andres Island, east of Nicaragua, Colombian President Gustavo Petro declared a “maximum alert” there, as well as on Providencia Island to the north, and asked hotels to provide space to accommodate the vulnerable population. Officials on San Andres imposed a curfew to limit people on the streets. Flights to the islands have been suspended.

There were no early reports of Julia’s influence on San Andres.

In Nicaragua, authorities warned all types of ships to seek safe port.

Guillermo González, director of Nicaragua’s civil protection system, told official media that high-risk people had been evacuated from the coastal areas by Saturday noon. The army said it was delivering humanitarian supplies to Bluefields and Laguna de Perlas for distribution to 118 emergency shelters.

However, life appeared to have changed little in Bluefields on Saturday night, with people expressing a reluctance to leave their homes.

The storm was predicted to sweep across Nicaragua and then emerge over the Pacific Ocean, bypassing the coasts of El Salvador and Guatemala, a region already oversaturated by weeks of torrential rains.

In Guatemala, storms have already caused at least 49 confirmed deaths since early May and six people are missing. According to Guatemalan officials, roads and hundreds of homes were damaged.

In El Salvador, where 19 people have died this rainy season, the worst rains were expected on Monday and Tuesday, said Fernando López, the environment and natural resources minister. Officials said they opened 61 shelters with a capacity of more than 3,000 people.

“I take care of dogs when older people can no longer”

'Let the Right One In' Review: Showtime series is a smart expansion