A grandmother combined her considerable wits and strength to fight back two attackers who held her captive late last month at a quaint wine shop in East Davenport, Iowa, where she works.

Even after suffering severe beatings and being threatened with rape and death, four words fueled the resolve in the brave woman’s mind: “I’m not dying today.”

The grandmother – whose name is not used in the The Story of the Sioux City Journal about the harrowing ordeal — was alone at work at Wide River Winery in East Davenport on April 28. 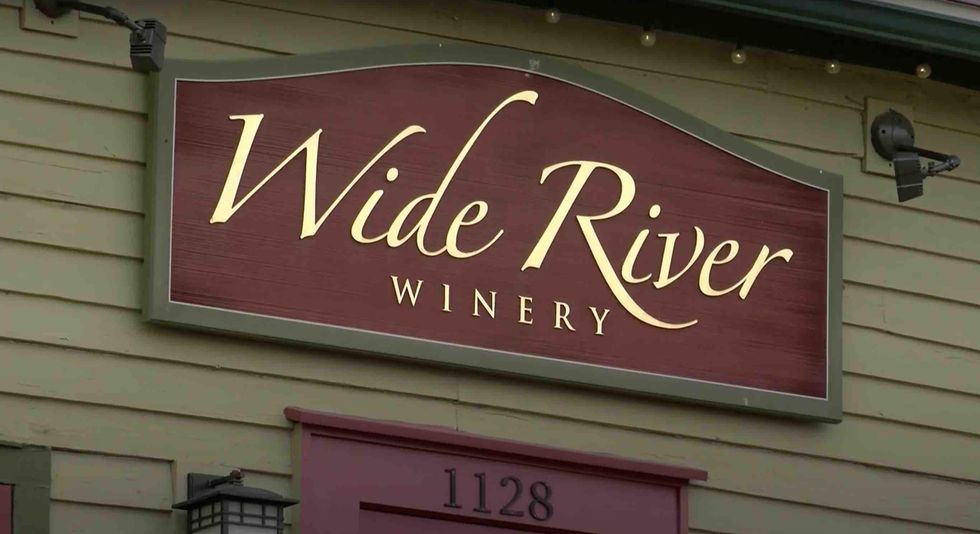 Liz Quinn, the outfit’s operations manager, told the newspaper a man and woman entered the store around 5 p.m. and gave the grandmother goosebumps.

In another incident, a rock was thrown through one of the winery’s doors and the duo said they knew who did it, the newspaper said.

“She thanked them and told them they could go,” Quinn recalled to the paper. “They told her several times not to call the police. As soon as they left, she called another colleague and said, ‘I have a really bad feeling about you.'”

The grandmother locked the shop when the man and woman returned ten minutes later, the newspaper said.

Quinn told the newspaper the man said: “I told you not to call [expletive] Cops.” Quinn then said, “He hit her in the head with his fist. She said she screamed louder than ever. She screamed, and the village [of East Davenport] heard her.”

A dealer driving by with the window down heard the screams, as did an approaching customer, the Journal reported, adding that both called 911.

“He told her he could rape her or kill her”

“The guy … started banging her head on the floor and said he wanted the money and the surveillance video,” Quinn told the newspaper. “She told him to take the money… and go, but he wanted that video. He told her he could rape or kill her because he had a knife.”

Then the grandmother showed admirable presence of mind and cunning.

“He tried to choke her, and she remembered saying to herself, ‘Not today. I’m not dying today,'” Quinn told the newspaper.

The woman came back without the video, so the grandmother got her wits about her again and told the couple that she forgot and proposed this the man should look for the video above, the newspaper said.

“When he went upstairs, she saw her chance,” Quinn told the Journal, though it would come with huge risks. “He had told the girl to stab her if she moved.”

With that, the grandmother grabbed a wooden stool from a table near the door and swung it at the woman, Quinn told the newspaper.

“She hit that girl with the stool in the tasting room,” Quinn added to the Journal. “She reached the door and the girl yelled, ‘She’s coming away!’ The guy comes back and grabs her hair and pulls her back in. Then she grabbed one of the aluminum chairs off the deck and hit him with it.”

The newspaper said police arrived and sent the couple back to the winery, Quinn said, adding that officers caught the suspects.

But it wasn’t exactly child’s play, since “the police had to use the taser [the man] three times,” Quinn noted to the Journal.

Who are the suspects?

Christopher Lavelle Mitchell, 35, and Emilee Rose Haberling, 20, have each been charged with one count of first-degree kidnapping, first-degree robbery, obstruction of official duties and harassment of officers and employees. This was announced by the Davenport police.

The department added that Haberling was also charged with first-degree theft and obstructing the 911 emergency call. The Journal said Mitchell had an extensive criminal record.

Both from Wednesday mitchell and Haberling were in the Scott County Jail without bail.

Police told the newspaper that the grandmother had a broken eye socket, a broken collarbone and tufts of hair pulled from her scalp, leaving bald spots, bleeding and bruising.

Despite the physical, mental and emotional trauma suffered by the victim, Quinn told the newspaper the first thing she told her colleagues was that she was glad it was her and not her.

“She’s just so strong,” Quinn added to the journal. “She has a daughter and grandchildren, and she’s thought it through. She decided she would fight. I found one of her earrings under the ice machine. It was that intense.”

“I don’t think he intended to leave a witness”

Casey Maher, a colleague of the victim, went to the winery shortly after the attack and helped clean up blood and spoke to police, telling the newspaper: “I just don’t understand the scale of the cruelty. This guy was waiting The surveillance video. I don’t think he intended to leave a witness. When I first spoke to her, she said she was so thankful it wasn’t either of us. She was scared if it was someone smaller or if one of us was too scared to fight we would have a funeral. She was glad it wasn’t us. Can you belive that?”

https://www.theblaze.com/news/grandmother-outwits-fights-attackers-iowa “I’m Not Dying Today”: Grandmother is outwitted, fights off attackers after being severely beaten, and is threatened with her life at a quaint Iowa wine shop where she works