Actor Tom Cruise has earned a reputation not only for performing his own stunts, but for doing them incredibly elaborate and downright terrifying.

For Mission: Impossible – Dead Reckoning Part One, which hits theaters next July, Cruise and his team have devised a stunt that will last forever. His plan was to shoot a motorcycle down an elevated ramp on the edge of a Norwegian cliff, go straight into skydive mode once he’s airborne, and then parachute back down to the ground.

The whole thing is over and done with in a flash, but Cruise said behind the scenes Video published on Monday that it has taken “years” to develop and perfect.

“This is by far the most dangerous thing we’ve ever tried,” says Cruise in an off-comment at the beginning of the clip: 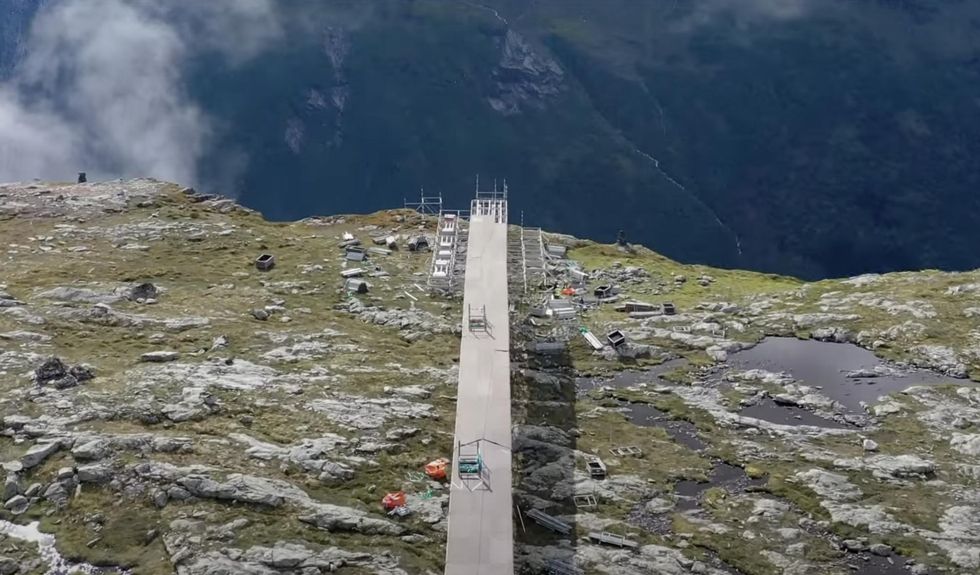 Cruise practiced motocross jumps and skydiving to prepare for the stunt — but not just a few times. Experts who worked with Cruise on the stunt said he did over 500 skydives and 13,000 motocross jumps to make it work like clockwork.

But the training was just a necessity. Cruise’s team practiced the stunt in England using harnesses – as well as a lot of technology to track and calculate the trajectory and many other factors:

Then Cruise & Co. went to Norway and helicoptered everything to the cliff to build the ramp over several months:

Talk about a big budget.

Cruise “warmed up” with some jumps from a helicopter:

Soon it was time to go.

Miles Daisher, the film’s BASE jumping coach, tried to calm everyone’s nerves: “You know, the only thing you really have to avoid doing a stunt like this is serious injury or death.”

Luckily, Daisher added: “You’re riding a motorbike – which is quite dangerous – on a raised ramp… so if you come off the ramp it’s going to be very bad. You fall – if you put it on If you don’t leave the bike clean, you’ll get tangled in it; if you don’t deploy your parachute, you won’t make it.

Then a nifty drone filmed Cruise, with no harness, no soft landing pad:

Now you might be wondering how it all ended. If so, check out the behind-the-scenes video:

https://www.theblaze.com/news/insane-video-tom-cruise-actually-motorcycles-off-norwegian-cliff-for-mission-impossible-stunt-what-he-pulls-off-to-survive-it-is-even-better Insane video: Tom Cruise actually rides motorcycles off a Norwegian cliff for a stunt in ‘Mission: Impossible’ What he pulls off to survive is even better.

Suspects charged with brawl after compromising ring cams • The Register