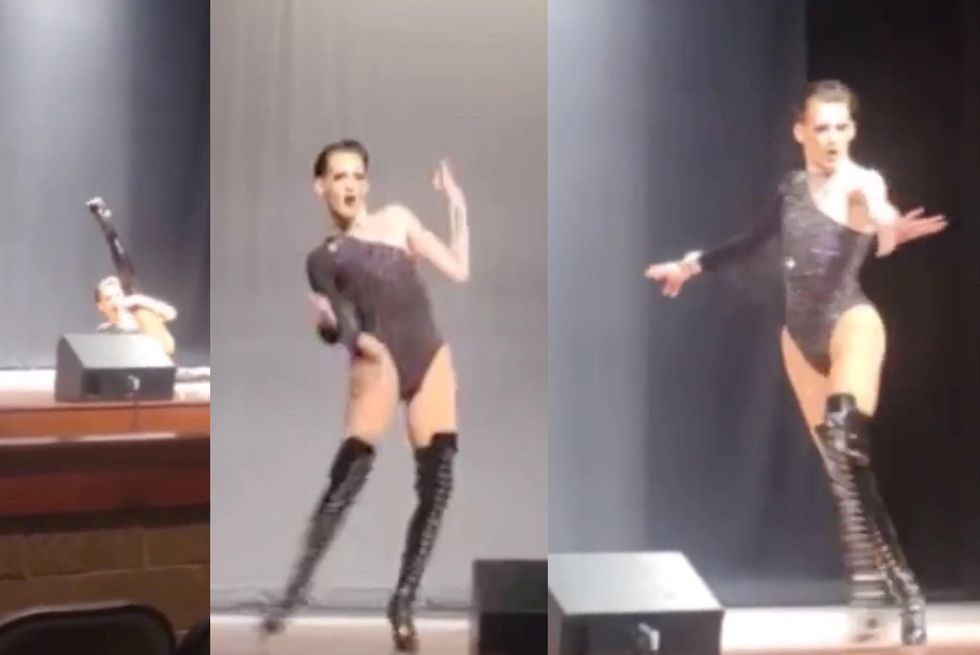 Videos of a drag show performance at an Iowa high school went viral online Tuesday, prompting the school to announce an investigation into the incident.

“The district was made aware of an unauthorized performance that took place yesterday after school at Ankeny High School,” it said expression from the school on Facebook.

“As part of the Gay Straight Alliance (GSA) Club’s year-end meeting, performers from the Central Iowa Youth Pride Pageant were invited to share a drag performance. While GSA is a recognized school club, this performance was not approved by the building authority and did not follow proper protocols prior to the meeting,” the statement continued.

“This performance took place after school and was limited to the students participating in the club. It has not been approved by the building authority and is currently under investigation,” she concluded.

Videos from the drag show were reportedly posted on the popular Libs of TikTok account and quickly went viral.

The drag show was too documented at the Iowa Standard.

“Sometimes I don’t really feel like a man because of what I am,” one artist reportedly told the students. “I don’t always feel like I’m that kind of male character that everyone wants to see from someone who uses s/he pronouns.”

A photo from the event appears to show a student presenting a dollar to the drag performer on stage.

“I feel like I identify as a man at times. I feel like I’m more in the middle of the spectrum at times – not one or the other. That’s where I am right now,” the performer continued.

This performer also reportedly told students to reach out to her if they were confused about their gender.

The Libs of TikTok documented a similar incident in April at a high school in Lancaster, Pennsylvania. The school apologized to parents and students and said the incident was being investigated.

https://www.theblaze.com/news/ankeny-iowa-hs-drag-show Iowa High School says drag show has not been sanctioned and is under investigation after videos went viral online

The children in the hall in the podcast "Good One".