At ABC News Keepers of the Ashes: The Oklahoma Girl Scout Murders, Broadway star Kristin Chenoweth reveals that as a Girl Scout growing up near Tulsa, Oklahoma, she had plans to go on the overnight trip that killed three young girls in 1977. However, due to illness, she did not go. “I should have been on this trip but I had gotten sick. My mom said, ‘You can’t go,'” Chenoweth reveals in the documentary’s trailer. “It’s been with me my whole life. I could have been one of them.” The Hulu documentaries, hosted by Chenoweth, follow the Oklahoma murders and visit the families of the lost. “It’s a story I wish I never had to tell,” says Chenoweth. “It haunts me every day, but this story needs to be told.” The true crime docuseries premieres May 24 on Hulu.

Man supports for keeping kids and neighborhood pets out of pool 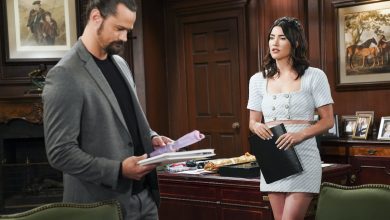