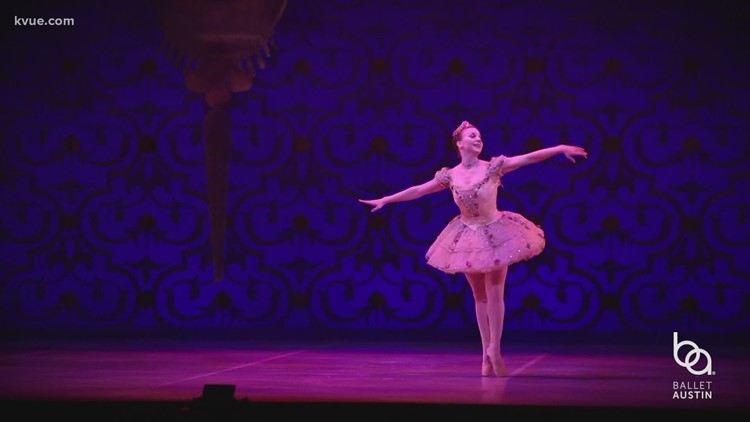 Since 1997, Ballet Austin has welcomed a different community leader to play Mother Ginger on every public show. This year KVUE senior reporter Toni Plohetski will fill the role during the show on Sunday 4th December!

“The beloved role of Mother Ginger is one that many of us look forward to each season,” said Stephen Mills, artistic director of Ballet Austin’s Sarah & Ernest Butler Family Fund. “Having a famous Mother Ginger appear in Act II is a way for us to celebrate the great work these community members have done for our city. It’s also a special moment when the community becomes part of the production.”

This year’s production of The Nutcracker is Ballet Austin’s 60th. The production begins December 3 and runs through December 23 at the Long Center for the Performing Arts.

Tickets for The Nutcracker range from $15 to $125 and are Available online.

Former KVUE team members Terri Gruca, Mike Barnes and Frank Volpicella have also all played the role, in 2009, 2010 and 2011 respectively.

Another notable former mother of Ginger was former Austin Police Chief Brian Manley, who played the role during a 2018 show.