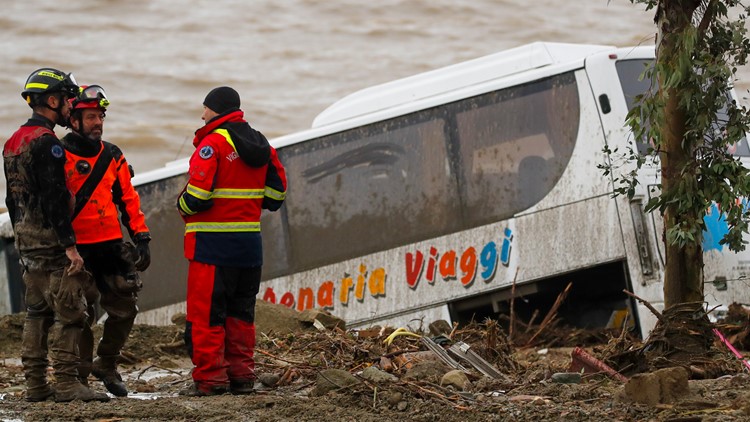 Firefighters work on rescue efforts as reinforcements are sent from nearby Naples, but have difficulty reaching the island.

MILAN, metropolitan area of ​​Milan (AP) – Heavy rains triggered landslides on the southern Italian island of Ischia early on Saturday, leaving up to 12 people missing as they cut a muddy swath through a port city, causing buildings to collapse and cars to be swept into the sea.

The force of the mud sliding down the mountainsides was strong enough to throw cars and buses into the sea at the port of Casamicciola on the north end of the island. Roads were impassable and mayors on the island urged people to stay home. At least 100 people were reported stranded.

There was confusion over the death toll. Italian Deputy Prime Minister Matteo Salvini initially said eight people had been confirmed dead. The Home Secretary later said no deaths had yet been confirmed, while 10-12 were missing.

The mayor of Naples was quoted by the ANSA news agency as saying a body had been recovered on the island. Ischia is located in the Bay of Naples.

“The situation is very complicated and very serious because probably some of these people are in the mud,” Interior Minister Matteo Piantedosi told state television RAI from an emergency command center in Rome.

ANSA reported that at least 10 buildings had collapsed. A family with a newborn previously reported missing has been located and is receiving medical attention, the Naples prefect said.

Videos from the island showed small bulldozers clearing streets while residents tried to use hoses to remove mud from their homes.

Firefighters and the Coast Guard worked on rescue efforts. Reinforcements arrived by ferry, including teams of sniffer dogs to aid in the search effort.

The densely populated mountainous island is a popular tourist destination for both its beaches and spas. A magnitude 4.0 quake on the island in 2017 killed two people and caused extensive damage in the towns of Casamicciola and neighboring Lacco Ameno.

McCarthy has blasted the call for Mayorkas' resignation over 'legislative thuggery'