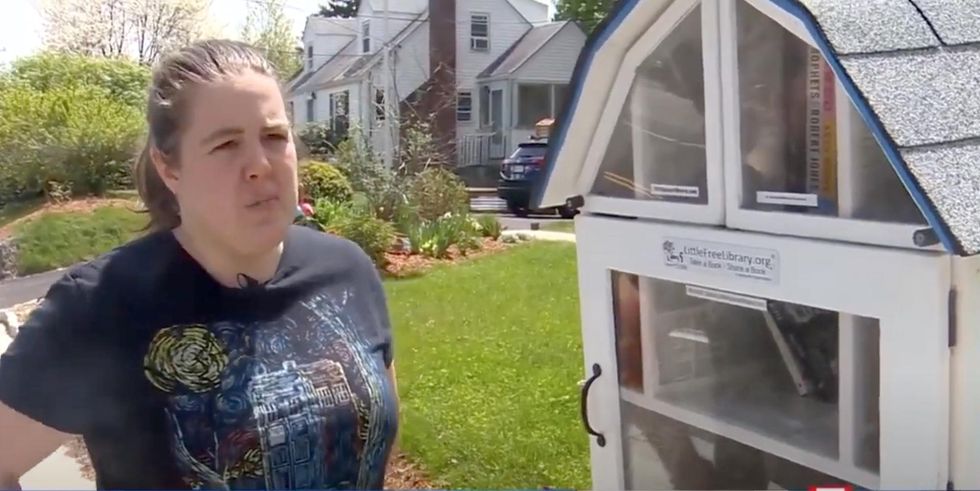 A lesbian couple say their ‘Little Queer Library’ has been vandalized multiple times and they say it feels like hate and ‘censorship’.

Krysta Petrie and Katie Cohen told WCVB-TV that their community library, which offers queer and other LGBTQ books, was vandalized four times in as many months.

The couple built the tiny library about two years ago.

The last vandal was a man who was caught on video surveillance as he grabbed all the books and threw them in a garbage bag. According to the police, books worth around 1,000 euros were stolen.

“Last time, in addition to the books, they also scattered the contents of the library on the floor, like the pens and bookmarks and stuff like that, and then they tore up our plants and put them in the book box,” Petrie said.

“They had a few bags and they spent 10 minutes walking down the sidewalk,” Cohen explained. “It’s like they know we have a camera. They were careful to hide [their] face and come in the night.”

The couple believe they know the motivation behind the vandalism.

“There’s really only a couple of reasons it could happen, one is outright hate, LGBT hate. They just don’t want us in the community or anything,” Petrie said.

Some of the neighbors offer their support for the couple and their mission to provide LGBTQ propaganda to the community.

“This is ridiculous,” said Diane Coveney, a neighbor who claims“Waltham is better than that.”

Petrie added that a local child on his bike trashed the library with crayons. She surmised that he was “probably prompted to do so by someone else in the school system.”

Here is the local news report on the incident:

Record numbers of Americans are dying from drug overdoses. Instead of justice we get theatre