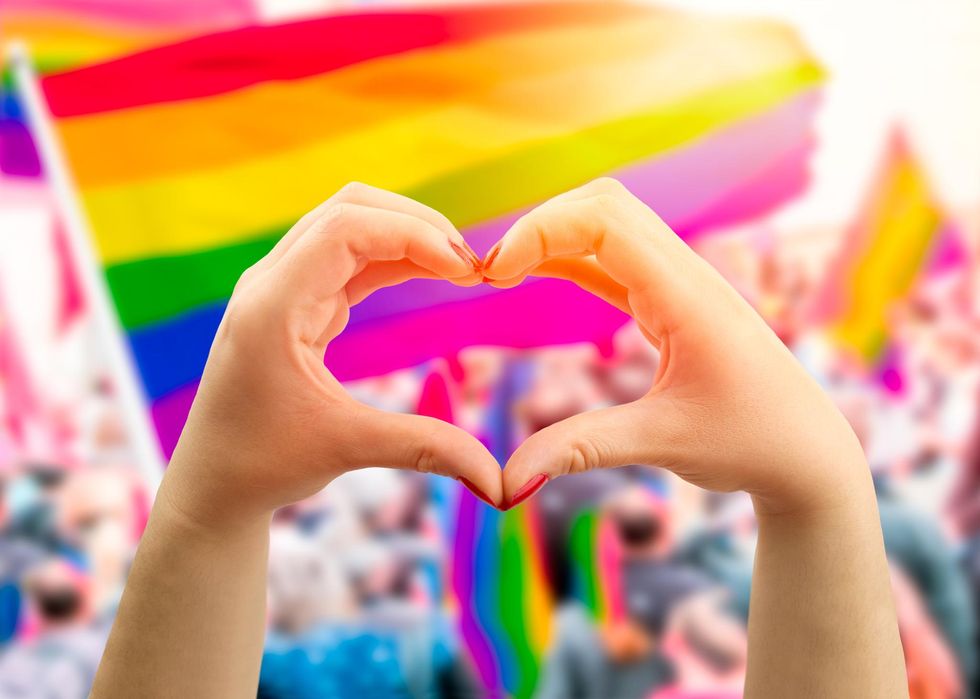 Looking at the cultural wasteland that surrounds us, it can be difficult for many to understand how we got to our present moment. Gender ideology is being foisted on kindergarteners, sex reassignments are being foisted on teenagers, riots are being sanctioned by the government, borders are wide open to human traffickers, and homeless camps full of drug users have become a staple of American cities.

While centrists and moderate liberals often express surprise at what they see as a sudden and radical decline in the quality of life in America, they should know that they have been warned of the inevitable consequences they are currently experiencing. For decades, cultural conservatives have sounded the alarm about the disastrous direction the nation would take if it abandoned its moral and cultural traditions, but those warnings fell on deaf ears. Cultural taste makers assured the populace that they were too educated to be bound by the narrow and primitive ways of their underprivileged, and now the cost is being paid.

Status signaling is a very powerful tool. People naturally want to be seen as interesting, desirable, sophisticated, and respectable. No one wants to be seen as simple-minded, stupid, or inferior. Individuals instinctively look to those at the top of the social hierarchy to understand what their society perceives as upper class to emulate. Despite what our hackneyed cultural propaganda tells you, most people are not unique and delicate snowflakes creating their own sense of social value a priori. Instead, they look to those who have achieved higher social standing, assume that those individuals know something that the average person doesn’t, and adjust their behavior accordingly.

This is not intended to offend or disparage anyone for such behavior; it’s a natural and easily observed pattern that everyone falls into, myself included. There is no virtue in denying the truth of human behavior, and being honest about these facts can help us better understand how we got to our current state of cultural decline.

Traditions are the way through which societies pass on their collective knowledge. Lessons learned at great expense by our ancestors are coded deep within our psyches through moral values, rituals and taboos. This social continuity, this great chain of being, is one of the key elements that holds a group together and makes it a cohesive people or nation. It is what gives us identity, purpose and a sense of belonging.

If you want to fundamentally transform a society to give you or your group more power, one of the most effective things you can do is work to change the underlying traditions and morals of that society, but getting there is harder than it sounds. These truths are usually deeply rooted in the fabric of a society. They are woven into the everyday life of the average person on all levels. These traditions influence family formation, religious observance, workplace interactions, artistic pursuits, and even casual entertainment. The project to replace these values ​​must change the moral framework that guides the lives of members of this civilization, and the best way to do that is to hijack the social signaling system.

As we have already noted, most people turn to those above them in the social hierarchy to understand what behaviors are rewarded by their culture. However, for much of human history, ordinary people did not regularly interact with the cultural elites of their society. Aristocrats might try to lead by example, but there was no way for them to constantly influence the everyday perceptions and interactions of the average person.

The age of mass communication has significantly changed this relationship. The process that began with newspapers and radio has radically accelerated through films, television, the internet and now its ultimate incarnation, social media. These technologies allow America’s elites to deliver a constant stream of propaganda. A ubiquitous pipeline of elite influence is being distributed to American citizens every moment of every day. Coastal cultural tastemakers can reach deep into the heartland and shape the values ​​of communities they will never see or visit, let alone care for or understand. This media apparatus has been constantly used over time to undermine the moral traditions of the United States and to ruthlessly mock those who took notice.

The idea that Hollywood doesn’t share or promote conservative values ​​isn’t an earth-shattering revelation. The average Republican voter has lamented this fact for decades, but it’s worth taking the time to analyze a particularly important aspect of the left’s media strategy: the underclass coding of the Kulturkampf. Make no mistake, progressives have long understood that they are at war over American culture. They take every opportunity in all forms of media to portray those who spread the leftist gospel as virtuous, refined and deserving of higher social standing.

The left used to pretend to be the champion of the working class, but oddly enough, you never see an Appalachian coal miner in movies or on television championing progressive causes. Each character who parrots democratic talking points is a well-spoken college graduate frustrated at having to educate his community of backward, intolerant suckers.

Despite being portrayed as outsiders, progressive characters are coded as high-ranking, with only their racial or sexual identity indicating that they may face oppression. In reality, we know that these traits would actually grant individuals special privileges and protections, but this status trick allows those at the top of the social hierarchy to disguise their privileges. Wealthy, well-educated, high-status people can portray themselves as victims of poor, lower-status people if they are seen as sufficiently diverse, or a clearer term might be sacred.

In contrast, conservative views only ever come from the mouths of characters coded as ignorant, backward, and inferior. Warnings of moral decay or loss of national identity are delivered by cruel, ill-spoken Blue State caricatures of those who hail from places deemed undesirable, such as rural towns and trailer parks. These individuals serve as heels, totems of hate held aloft for ridicule and ridicule, allowing the audience to feel both cultured and morally superior for disapproving of the character’s obnoxious behavior. This shared moment of collective disapproval for the subordinates forges a cultural bond in the audience, pushing them away from their earlier understanding of traditional morality, now seen as low, towards the new high status moral framework.

The idea of ​​infinite moral progress is particularly useful to the left in this regard. There is always a hierarchy to be dismantled, always another barrier to be broken down, always something sacred for revolution to engulf. The simple fact that a limitation or tradition is old is self-incriminating, a justification for tearing it down. Who cares what ancient evil might be keeping it at bay?

The status signaling tactic is particularly effective when trying to suppress pattern recognition. The media routinely presents perfectly rational observations about consistent patterns as hyperbolic babble of the incurably low class preoccupied with the “lopsided fallacy.” The only problem is that these people have a very annoying habit of being right.

In fact, the only mistake made by the religious right-wing movement of the 1980s and 1990s, which is viciously ridiculed to this day, is that it underestimated what was to come. Even those evangelical grandparents who warned that redefining marriage would be devastating couldn’t predict drag queen story time or puberty blockers for 8-year-olds. Who could forget the taunts of parents concerned about the Christmas War, or the famous “South Park” episode insulting working-class Americans who feared unrestricted immigration would result in the loss of economic opportunity for the current population ? All of these concerns were justified, all fulfilled, but those who noticed that the emperor was not wearing any clothes were shouted down and dismissed.

Of course, this practice also lives on in the current year. Even as the direst predictions of those who have been ridiculed in the past come true before our eyes, those who dare to notice are branded as conspiracy theorists or purveyors of misinformation. The public is told that critical race theory is not taught in schools, sex reassignment surgeries are not performed on young teenagers, and politicians are not using illegal immigration to permanently alter United States elections. Those who notice are dismissed as dangerous QAnon conspiracy theorists until the evidence becomes overwhelming, and then the left celebrate those victories as if they never denied them. Many in the GOP establishment, and sadly even the New Right, insist that these issues, which deeply affect the well-being of their constituents, should be ignored because they are unobtrusive distractions.

The good news is that these tactics appear to have reached a point where utility is diminishing, first with the rise of the populist movement and Donald Trump, then with organic parental opposition to gender ideology and critical race theory in the United States Schools. The stakes are too high and the time too short to silence yourself. Some politicians, like Florida Gov. Ron DeSantis, have been able to take action on these issues, but the right will need more leaders willing to ignore the mockery and ridicule of the media and the cultural left and to fight for the issues that really matter to those weary of watching the country crumble around them.

https://www.theblaze.com/op-ed/macintyre-left-codes-culture-war-low-class MacIntyre: How the left encodes the Kulturkampf as a subclass

Alejandro González Iñárritu, Chloe Zhao on the future of cinema

Crypto Anti-Money Laundering Bill Goes to US Senate • The Register