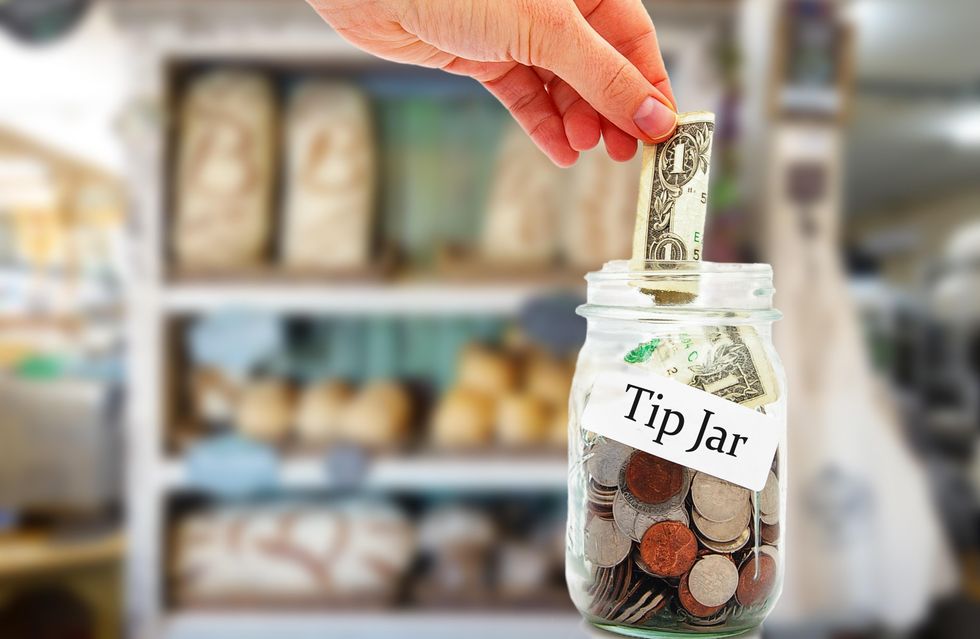 A man in Oklahoma may have to learn the value of a dollar the hard way. Richard Engle, 61, of Harrah, Oklahoma, about half an hour east of Oklahoma City, was arrested Sunday after workers at a Starbucks nearby, Edmond claimed he stole $1 from her tip jar.

The incident began a day earlier, on Saturday, when Engle’s wife, whose name has not been released, ordered a drink at that Starbucks location. When she received her order, she found the drink unsatisfactory and complained to the staff asking for a refund, which would have totaled $1.25. The employees refused and instead suggested that she take her complaint to Starbucks corporate headquarters.

Instead, the woman took her frustration out on Engle, her husband. Engle returned to the store on Sunday and repeated his wife’s complaint. When staff again refused to issue a refund, Engle reportedly attempted to fix the problem himself. Engle reportedly waited for the barista behind the counter to turn and face the other way. With the person’s back to him, Engle allegedly snatched $1 from the tip jar on the counter.

If so, Engle wasn’t nearly as sneaky as he thought he was. A Starbucks employee spotted him and followed him out of the store and into the parking lot, where the situation appeared to have escalated significantly. While the Starbucks employee attempted to photograph or otherwise take note of Engles license plateEngle is said to have backed into the worker several times in his Kia SUV before driving away.

The police somehow located Engle at his residence in Harrah and arrested him. He is accused of robbery and assault. A search for Engle on the Oklahoma County Detention Center website returned no results, suggesting he has already been released from custody. It is unclear when he will next appear in court.

Supply in the housing market prevents prices from crashing