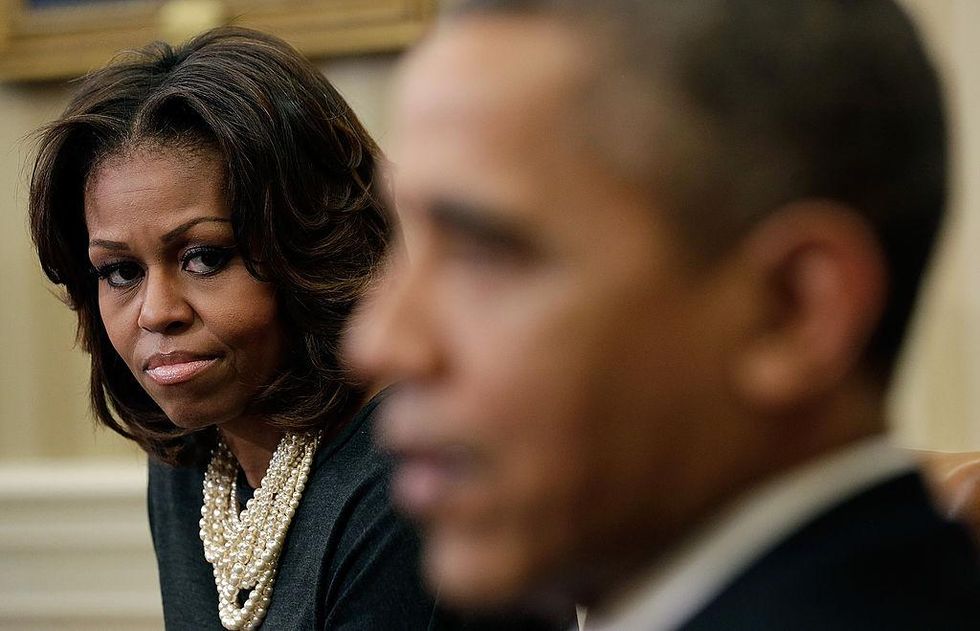 During an interview with Revolt TVWhile promoting her book, Michelle Obama opened up about how she felt disgusted with her husband for a decade. Michelle Obama explained, “People think I suck when I say this: It’s like I couldn’t stand my husband for 10 years.”

The former first lady of eight added: “And guess when it happened? When those kids were little.”

The 44th President’s wife added, “For ten years while we were trying to build our careers and worrying about school and who was doing what and what, I was like, ‘Argh, that’s not even!'”

MichelleObama said“Do you like him? I mean, you might be mad at him, but you still look at him and say, ‘I’m not happy with you, but I respect you. I don’t agree with you but you’re still a kind, smart person.'”

you proclaimed“Little children, they are terrorists. You have demands. you don’t speak They are bad communicators. They cry all the time.”

That New York Post reported in 2018, “Forbes estimated that between 2005 — when Barack Obama became a US Senator and they first arrived in Washington — and 2016, the couple earned $20.5 million in salaries and book royalties. They are now worth more than $135 million. And like her husband , Michelle Obama is currently in demand as a speaker for businesses and nonprofits, earning $225,000 per appearance, The Post has learned.

You can watch the full Revolt TV interview with Michelle Obama below.

Avatar: The Way of Water Cut: Behind the Scenes with James Cameron