After viral video showing a boy sitting at a lunch table at a Texas school being placed in a choke hold, pulled from his chair and then yanked around the neck, the parents of the assaulted student, who have Coppell Middle School North, said determined that her son was guilty and that he received harsher sentences than the attacker.

What are the allegations?

Shaan Pritmani’s mother said in a Change.org petition — signed by more than 360,000 people Thursday morning — her son was “physically assaulted and choked by another student at his middle school” during lunch on May 11. Blame and received a 3-day” ban from school while “the attacker only received a 1-day ISS”.

The petition adds that the victim’s friends shared video of the attack and said Shaan was “not to blame” – but school officials have not changed their decision. In addition, the petition alleges the school’s resource officer “refused to file a subpoena because the school administration asked not to write it due to too many bullying complaints recently.”

In addition, the petition states that the boy who put Shaan in the chokehold “is on the wrestling team and can be seen pinning a very dangerous carotid artery to Shaan’s neck. This technique restricts blood flow to a person’s brain by squeezing the sides at the neck where the carotid arteries are located. Shaan appears to briefly pass out at the end of the throat choke.”

A WFAA TV reporter posted the following tweet with a blurry video of the attack. Content Warning: profanity:

14-year-old at Coppell Middle School North is attacked in the cafeteria while students look on.\n\nTeen in chokehold must be punished for 3 days. His parents are outraged. Another teenager faced a 1 day sentence.\n\nTeen tells me he didn’t want to fight back and got in trouble.\n@wfaapic.twitter.com/f2Clha8qpF

Here is a link to one blurry clip of the attack.

What else did the mother of the attacked student say?

“It was awful. I couldn’t sleep for three nights. It felt like I was suffocating. I cried many times when I saw it,” Kukreja said KXAS-TV.

“His neck could have broken,” she added WFAA TV. “I wouldn’t have my son.” 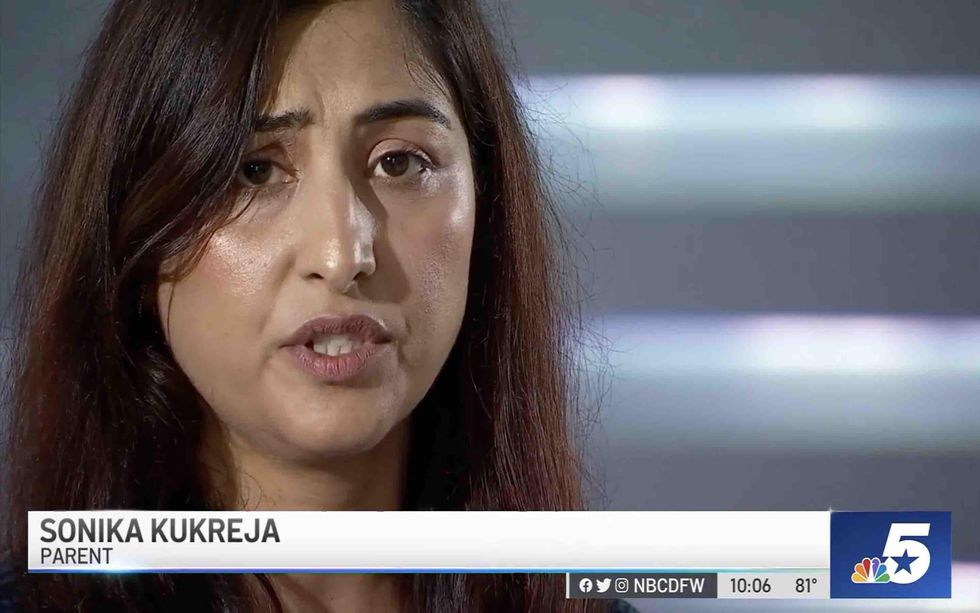 She added to the station that she is “deeply concerned about the safety of our children and the message our school board, our police department, is sending by not acting on it.”

What does the school district have to say?

“Coppell ISD is aware of a video circulating on social media showing an incident at Coppell Middle School North that resulted in a physical altercation between two students,” said Superintendent Brad Hunt in an email to the parents. “Bullying, both verbal and physical, as well as physical aggression is never acceptable and is inconsistent with who we are at CISD and our core values.” The email added, “Due to student privacy laws and being a As the investigation is ongoing, we are unable to provide any further details on this situation or on student discipline issues.”

What did the other student’s attorney have to say?

Mark Lassiter, attorney for the other student’s family, told KXAS his client responded to vulgar and violent threats against his family.

“We are confident that the case will be closed after all facts have been established and no further action will be taken beyond what the school has already determined is appropriate,” Lassiter told KXAS.

In a statement to the WFAA, Lassiter said, “We welcome the opportunity for the truth to come out that the young man who was pulled from the table made threats.”

What did Shaan’s family lawyer have to say?

Marwa Elbially, the lawyer for Shaan’s family, told KXAS she denies the allegations and said the attack should not have happened.

“The school can preach so much that they are against bullying and post it on their website, but they are sending a message to this child and the rest of the student body that this behavior is acceptable,” Elbially added to KXAS.

Elbially added to WFAA that the student who gave Shaan the chokehold “could possibly have paralyzed or killed him. No real action will be taken against this child.”

https://www.theblaze.com/news/middle-schooler-chokehold-victim-punished Middle school student put in chokehold, breaks neck; The school reportedly blames the victim while less severely disciplining the attacker, who is said to be a wrestler