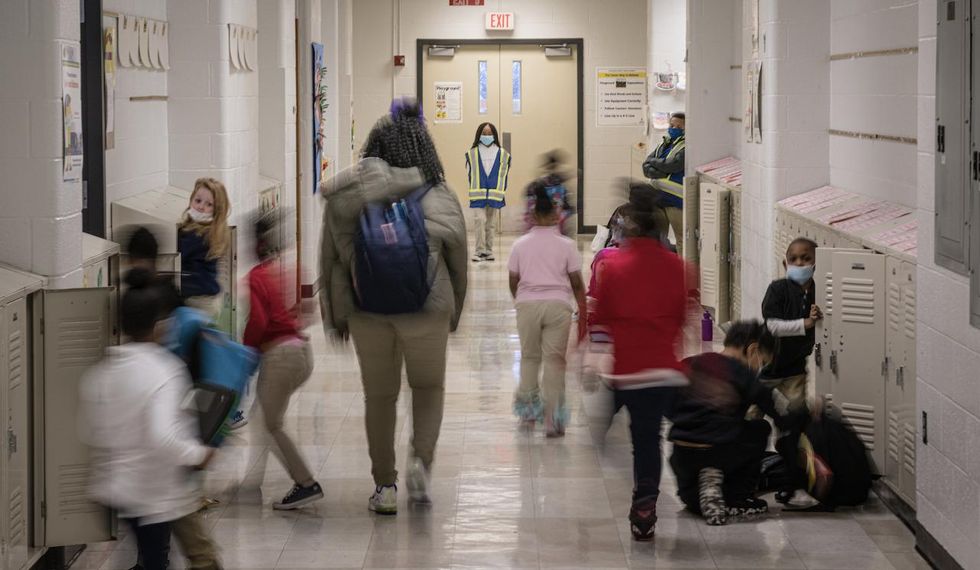 A mother reportedly “barged” into a third-grade classroom in Fresno, Calif., earlier this week and threatened physical violence and yelled curses at the teacher – all in front of the students – and even blocked the classroom door to prevent anyone inside classroom from leaving.

The incident happened just after 8 a.m. Tuesday at Pyle Elementary School while the teacher was in attendance
Fresno Bee reportsciting a media release from the Fresno Teachers Association.

Parents entered the school while the campus gates were open, allowing for a “free flow” of students en route to class, district spokeswoman Diana Diaz told the newspaper.

The parents and a young girl with her blocked the classroom door, preventing the teacher and her class from leaving the room while yelling and verbally abusing the teacher, the bee said, citing the FTA statement.

Another teacher heard the disturbance and called the police, who soon took the parent out of school, the newspaper said.

The teachers’ union said it wasn’t the first time the parent in question had threatened a teacher, The Bee reported.

“According to teachers, the behavior of these parents and their student has been an ongoing problem for nearly three school years, yet the county government has done nothing to address it,” FTA officials said in the press release, according to the newspaper.

The teachers’ union responded to the incident with a list of demands, the bee said, including:

“Unfortunately, this incident and others like it is the ugly culmination of Fresno Unified’s unwritten policy not to hold students and adults responsible for their inappropriate behavior,” said Manuel Bonilla, president of the FTA, according to the newspaper. “Nobody deserves to interrupt our students’ learning.”

Pyle’s principal began filing for a restraining order, Diaz added, according to Bee.

A number of incidents of criminal behavior by parents on school premises have recently been reported:

A 67-year-old woman and her adult daughter stormed into a South Carolina middle school on Wednesday to confront students they believed were bullying their relative – and the couple ended up hitting three students, none of whom were hers bullied relatives.

A father was involved in a massive brawl with students on the campus of an Arizona high school earlier this month, after which the father and a student were arrested. Check out a report of this incident below:

https://www.theblaze.com/news/mom-threatens-teacher-in-classroom Mother “stormed” into the third grade classroom, threatened and cursed the teacher, blocked the door to prevent the teacher, the students could not leave: advert

Other projects by Alberto Mielgo