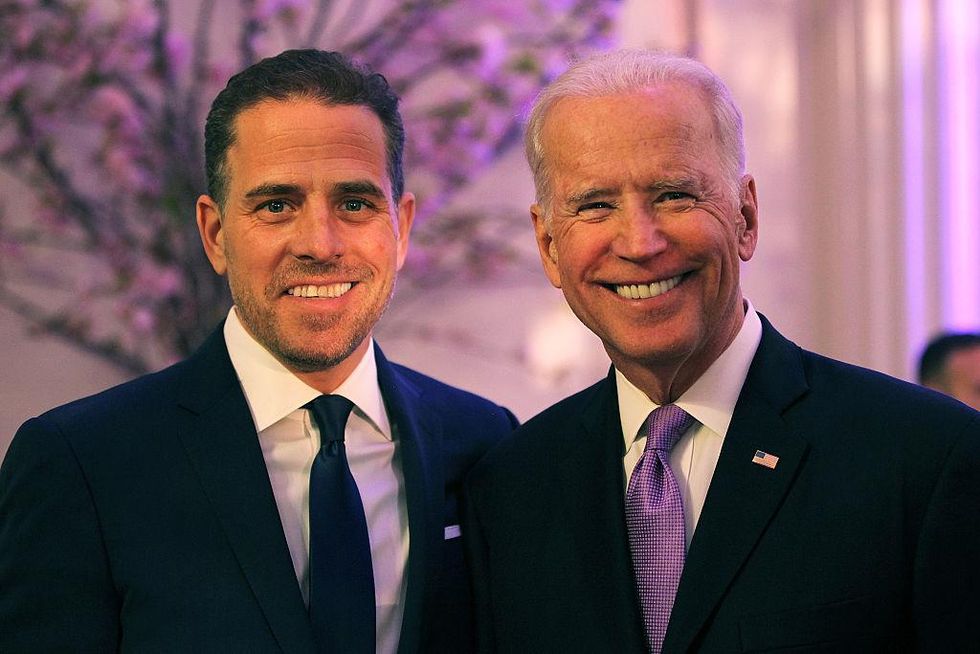 Hunter Biden made millions from overseas deals, according to analysis of first son’s infamous laptop NBC News. Hunter Biden made the most money from Chinese deals. However, President Joe Biden previously said his son was not making any money in China.

The NBC News report said: “From 2013 to 2018, Hunter Biden and his company reported on his roles as a lawyer and board member at a Ukrainian company accused of bribery and his work with a Chinese businessman now accused of fraud is accused of about $11 million. ”

Of the $11 million Biden earned over the five years, $5.8 million came from two deals with Chinese companies.

“The documents and analysis, which fail to show what he did to earn millions from his Chinese partners, raises questions about national security, business ethics and potential legal exposure,” NBC News reported.

Findings on Hunter’s finances come from a copy of Biden’s hard drive, his iCloud account and an 87 page report entitled Hunter Biden, Burisma, and Corruption: The Impact on US Government Policy and Related Concerns, published by Sens. Ron Johnson (R-Sci.) and Chuck Grassley (R-Iowa) in September 2020.

The analysis revealed that Hunter’s most lucrative deal was with a Chinese businessman who is believed to be jailed in China, according to NBC News.

“According to business documents referenced in the Senate report, Hudson West III, a company funded by Chinese oil and natural gas company CEFC and its chairman Ye Jianming, paid Owasco PC $4,790,375.25 over a period of approximately one year.”

Owasco PC was controlled by Hunter Biden, according to Washington, DC files

In 2018, Ye Jianming was charged with “economic crimes” by Chinese prosecutors. He has not been seen in public since being questioned on allegations of fraud and bribery.

Ye Jianming is the former Chairman of the China Energy Fund Committee. He is said to have ties to the People’s Liberation Army of China. A 2018 financial times The report linked him to Chinese military intelligence.

“Yes’ company, CEFC China Energy, has been so closely allied with the Chinese government that it has often been difficult to distinguish between the two,” CNN reported in 2018.

In March 2019, Patrick Ho was sentenced to three years in prison for international bribery and money laundering.

The New York Post reported in October 2020 that Patrick Ho was in the process of brokering a partnership between the billionaire energy company and a group of companies owned by Hunter Biden and his uncle James Biden.

However, Joe Biden previously stated that his son made no money from China during a 2020 presidential debate with Donald Trump.

“My son hasn’t made any money in relation to this, what are you talking about, China,” Biden said.

After his election, Biden’s White House doubled down on claims that Hunter had not received money from China.

“We absolutely stand by the President’s comment,” Bedingfield replied. “And I would like to draw your attention to the coverage of this that was based on statements that we made at the time that we gave to the Washington Post who were working on this story. But as you know, I don’t speak for Hunter Biden, so I can’t say more than that.”

“Biden’s addition to the company’s board of directors as general counsel was announced in a press release in May 2014,” the outlet said. “Sometime between May and December 2014, Burisma allegedly paid bribes to a Ukrainian official to help stop a joint British-US money laundering investigation into Burisma’s top executives, according to a State Department email in which a Ukrainian prosecutor is quoted.”

Analysis of his laptop hard drive revealed that Hunter was spending his money faster than he was making it.

“Expenditure compiled on his hard drive shows that from October 2017 to February 2018 he spent more than $200,000 per month on luxury hotel rooms, Porsche payments, dental work and cash withdrawals,” according to NBC News. “Biden has admitted to burning cash to pay for drugs and partying with strangers who routinely robbed him, and he’s struggled to pay multiple mortgages or keep up with alimony and alimony payments to his ex-wife. “

In his February 2017 divorce filing, his ex-wife’s attorney, Kathleen Buhle, claims“During the parties’ separation, Mr. Biden caused financial distress to the family by spending lavishly on his own interests (including drugs, alcohol, prostitutes, strip clubs and gifts for women with whom he has sexual relations) while he the family left without money to pay legitimate bills.”

Hunter Biden could have been a national security risk

Walter Shaub — a former director of the US Office of Government Ethics during the Obama administration — has slammed Biden: “Government ethics rules don’t apply to him.”