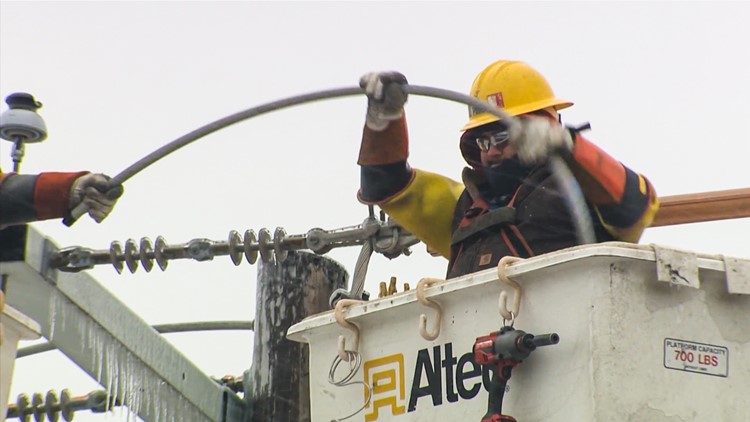 The Electric Reliability Council of Texas (ERCOT) filed a notice with the Public Utility Commission for a Tier 3 transmission project.

ERCOT is the power grid manager for most of Texas.

Oncor and LCRA TSC filing shows work is required due to growth in Williamson, Bell and Milam counties.

The KVUE Defenders reported on the need to build new transmission lines in the state and the difficulties this can pose for landowners.

The current power grid is overloaded when demand is high. traffic jam is an overload of electrical energy that can lead to broken wires.

It also increases the price of electricity.

The Oncor/LCRA TSC project is estimated to cost US$61.6 million and will not require a new right of way, placing the project in the Tier 3 category.

Simplified, Tier 1 is a major project with a construction cost of more than $100 million and a large impact on the power grid, while Tier 4 would cost less than $25 million and is considered a “neutral project”, e.g. B. repairs or certain upgrades an existing system.

Anyone who has received an electric bill in Texas shares the cost of transmission projects in the state.

The East Hutto area project is scheduled for completion in December 2023.