If you want to bring back a legendary villain, this is the way to go.

Calling Darth Vader one of the most iconic villains of all time is no exaggeration – and Disney just brought him back in the best way.

Since the Star Wars villain’s 1977 debut (voiced by Jones and portrayed by David Prowse), Darth Vader’s rattling breath, body armor and billowing cloak have become almost synonymous with power and terror, a legacy that transcended canon and the Star Wars cinema permeates greatly to this day. But unlike many standout fictional antagonists, Vader’s universe is still expanding. Star Wars has spanned books, films, graphic novels, and television in the decades since its theatrical release, with no sign of an end.

In live action, however, Vader remains mostly untouched. He died in Return of the Jedi, eliminating the character from all sequels. 2016’s Rogue One not only surprised fans with a glimpse of Vader in the Death Star, but also featured a stunning lightsaber combat sequence during the climax. While The Mandalorian and The Book of Boba Fett set an intriguing precedent by de-aging Hamill to prominently feature the adult Luke, Vader was not portrayed in The Force Awakens and its sequels through flashbacks or other methods (the technology revived Peter Cushing in “Rogue One” to mixed reviews). It’s a remarkable reluctance on Lucasfilm’s part, given that the character doesn’t actually need to be rejuvenated at all. 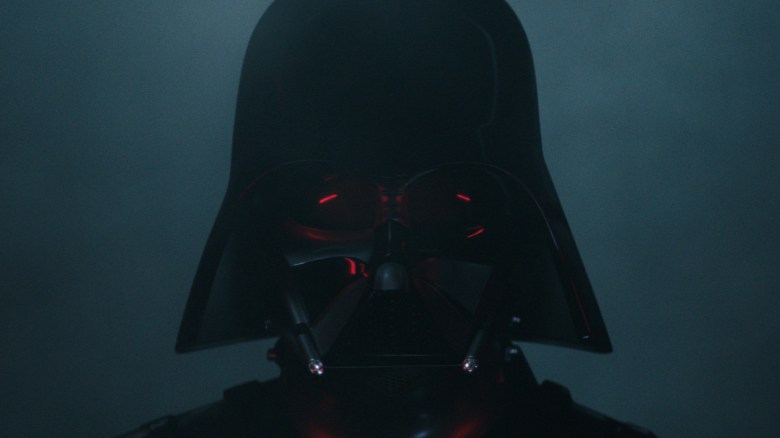 As such, it would be easy to keep fans hooked for six episodes and save a big Vader reveal and showdown for the “Obi-Wan” finale, but the show did neither. Vader is shown healing in his bacta tank, getting dressed, and then doing what he does best: intimidation. Before the episode ends, he faces Obi-Wan, and they briefly duel with lightsabers – echoes of their epic battle on Mustafar in Revenge of the Sith, but with Obi-Wan badly weathered and weakened during his The Old One Padawan has been waiting for this moment. The fight is short, but it’s probably just a taste of what else Obi-Wan has in store.

If there was ever a time to take Vader out of the proverbial canon bacta tank and into the active Star Wars universe, it’s with this series. Obi-Wan Kenobi is set 10 years after Revenge of the Sith, in which Vader and the Empire steadily rise to power. This Vader features more Anakin Skywalker than any other on TV or film. He senses Obi-Wan’s presence before attacking; For some reason – be it fear, respect or compassion – he hesitates. While torturing the townsfolk, he also reaffirms his path on the dark side, using Obi-Wan’s Jedi instinct to rescue innocents in order to extract and destroy him. By setting the ground on fire and forcing Obi-Wan into the flames, this Vader displays a distinct, calculated sadism. He’s not out here to strangle and dueel anyone; he wants his old master to suffer as much as he does, almost burned to death and surviving only as something barely recognizable.

This ongoing connection goes both ways. At the beginning of the episode, Obi-Wan reels from the news that Anakin is alive and even hallucinates his hooded form in the desert. It’s exciting to see the characters’ paths cross halfway through the series and to feel the weight of their broken bond that still haunts them both. It’s without a doubt the central relationship of this series, and indeed a compelling reason to dust off Vader’s helmet all these years later.

Here's if Diablo Immortal supports crossplay between PC and mobile