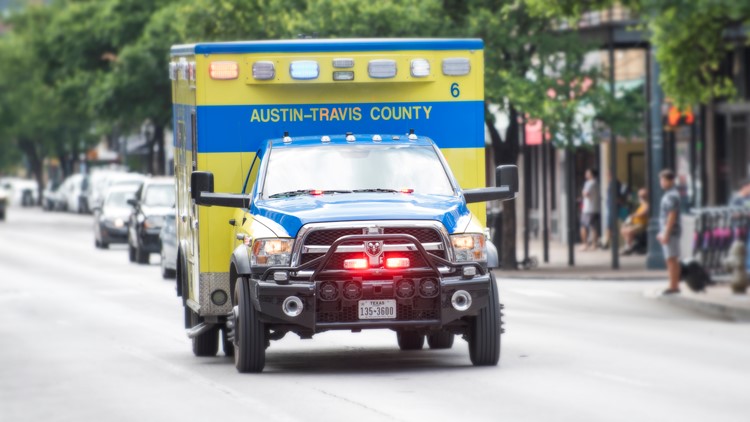 ATCEMS said drivers should expect delays in the area.

ATCEMS said it was responding to a vehicle rescue at 10500 FM 812 just before 8 p.m. That’s in Del Valle off State Highway 21. The Fire Department Austin and ESD 11 were also at the crash site.

Officials said the accident involved two cars and five patients, one of whom was trapped and had to be extricated. CPR was also performed on one patient.

In an update at 8:35 p.m., ATCEMS said an adult patient died at the scene. The other four parties involved refused EMS transport.

Officials said drivers should expect delays in the area around the scene.