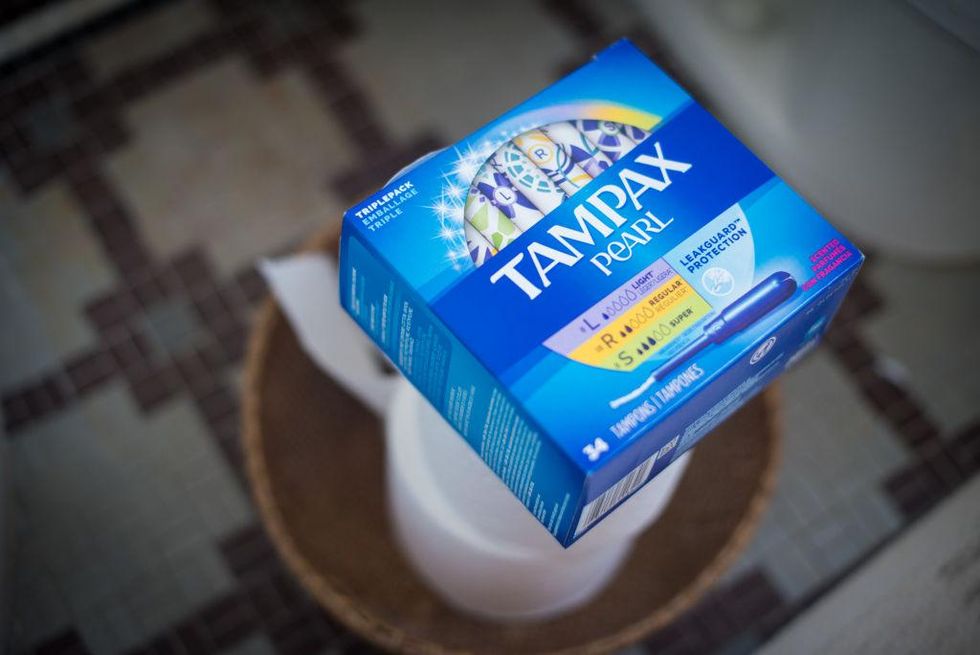 Every Oregon public school — including elementary schools — will soon be required to provide “instructions for their use” on tampons and other feminine products in boys’ bathrooms.

The disputed requirement corresponds to the state’s new one menstrual dignity lawsigned by Democratic Gov. Kate Brown last year, mandating that menstrual products be available in “every student bathroom.”

After passage of the bill, the Oregon Department of Education developed and distributed a “Medical Dignity for Students“Toolkit to assist local districts and develop a phased plan for districts to meet the standards and requirements of the law.

Effective immediately, every school must have menstrual product dispensers in at least two bathrooms. But by June 2023, dispensers are required in every student bathroom, KGW TV reports. The department stressed that schools “need to consider all gender access to the products.”

Sasha Grenier, sexual health specialist at the department, said: “This new program will help students actively participate in classes and school activities by alleviating some of the economic burdens and feelings of shame that menstruating people often face in accessing their make education more difficult.”

Michela Bedard, executive director of the Portland-based advocacy group PERIOD, added in a press release that “this is a progressive policy, but it’s also a bipartisan one…because menstruation doesn’t discriminate based on race, class, or political affiliation.”

Menstruation also does not appear to discriminate on the basis of sexual orientation or gender identity. The state’s compliance resources are littered with inclusive phrases such as “students who menstruate” and “students with and without menstruation.” The department argues the law promotes “menstrual equity.”

The toolkit goes on to say that the new law aims to “reaffirm the right to menstrual dignity for trans, intersex, non-binary and dual mind students.”

in one most recent statementThe district announced that it had made female products available in “women’s and all-gender restrooms,” adding that the products would be made available in “all remaining restrooms, including boys’ restrooms,” by the start of the next school year.

Oregon’s governor passed the Menstrual Dignity Act requiring all schools (elementary, middle, and high school) to place period products in all bathrooms (both boys and girls) with instructions on how to use them, starting next year.pic.twitter.com/ 8CMejAG5JH

However, the progressive law also faces quite a bit of resistance.

In a recent columnFamily Research Council President Tony Perkins blasted the “absurd” law, noting that local taxpayers would be on the hook for thousands of new tampon dispensers expected to cost about $400 a machine.

He added that in most cases all the equality measure will do is give the school’s caretakers more to clean up, as boys are no doubt taking advantage of the new and unusual painting materials.

“Apparently, heads of state haven’t bothered to consult their counterparts in Illinois, where a similar move has literally opened the floodgates to costly sanitation problems and mischief,” Perkins wrote. Case in point: campuses like Loyola University, where janitors deal with all sorts of pranks, tampering, and vandalism.

Sanitary pads “would end up on the mirrors, in the sinks, in the toilet and be thrown away completely,” A group of students complainedto Perkins.

https://www.theblaze.com/news/oregon-schools-menstrual-products-for-boys Oregon requires all schools — elementary and high schools — to put “menstrual products” in boys’ bathrooms with “instructions on how to use them.”