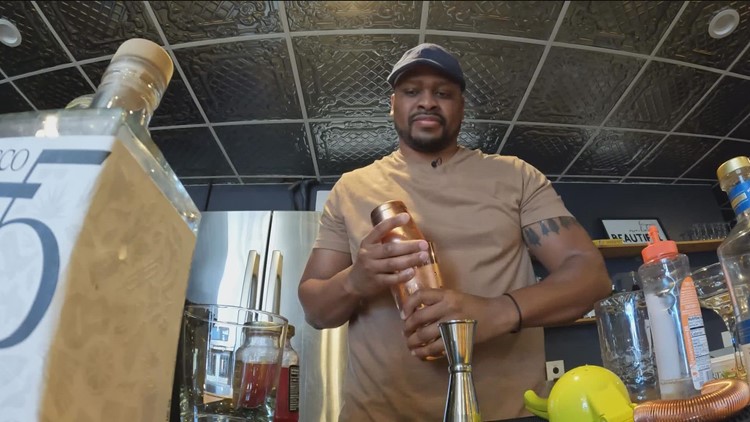 “Patients can sleep better during the day and have more energy,” said a local doctor.

AUSTIN, Texas – “Dry January” is underway. It’s an opportunity for the social drinker to cut down on alcohol for the month.

Medical experts say this dry January may have some health benefits.

“Patients can have a lot of time, sleep better, have more energy during the day — things like that,” said Dr. Jacob Dennington, a family doctor with Austin Diagnostic ClinicAdding, “All of a sudden, instead of having two or three on outings, you might be content with having one, which is good for reducing toxins in your body, reducing calories, which can thereby reduce weight and such. “

Chris Marshall is the founder of Sans bar in East Austin, a bar that only serves soft drinks.

“All non-alcoholic — the drinks we make here are upscale,” Marshall said. “They’re interesting. They’re grown up, but they’re non-alcoholic.”

Marshall, who is 16 years sober, said he wants to create an atmosphere where you don’t need alcohol to have fun.

“It sounds like any other bar in America. Glasses are clinking. There are people talking and you can hear the sound of someone shaking a cocktail,” he said. “It’s a place where people can authentically connect with each other.”

Marshall believes a dry January is a great idea for a fresh start to the New Year and that there are benefits to cutting back on alcohol.

“If we can reduce unhealthy things that we put into our bodies, the better,” he said. “Again, if you just take a weekend off, it’s a good thing.”

Medical experts encourage people who may have a more serious drinking problem to seek medical help before making any major changes.

HBO Max is removing Looney Tunes and The Flinstones episodes

The funeral of Pope Benedict XVI, presided over by his successor Pope Francis. is a first for the Catholic Church