A few bright spots aside, this six-part series about the rise and fall of the seminal punk band is drowned out by a familiar rock-biopic cacophony.

There are few things rock biopics love more than characters pretending they know they’re in a rock biopic. There’s an unspoken need for watered conversations the importance of music and Change the world and make something realdelivered with absolute certainty that this ragtag band of upstarts are on their way to generation-changing glory.

The best that can be said about Pistol, the new six-part limited series about the rise of the Sex Pistols against the backdrop of the burgeoning English punk scene, is that creator Craig Pearce and director Danny Boyle have a clear and deep love for them the band that bring them to life. But as is the case when you see characters gush about a shared love for David Bowie or prophesy about the impact their art will have on a culture to come, so much of Pistol feels like someone is describing the dream they had the night before: It undoubtedly means something to those doing the storytelling, but very little of it translates to the intended audience.

Trouble starts almost immediately when Boyle and Pearce intersperse archival footage from the Silver Jubilee era of Queen Elizabeth II and introduce the group as their most famous target. While that approach didn’t seem like unnecessary affect, “Pistol” works so hard to subvert the rock-rise-and-fall story arc that it can’t help but stick with it. Humble origins, happy breakthroughs, unexpected success, internal discord, regrets over unfulfilled promises. It’s all here, even if clad in leather and safety pins and a handful of hastily scrawled symbols of anarchy, for good measure.

Far closer to “Bohemian Rhapsody” than “24 Hour Party People,” this show also has the fundamental problem of perspective, as it is inherently filtered through the perspective of the band’s least convincing member. Here, that means looking through the eyes of Steve Jones (Toby Wallace), a channel for “Pistol” that’s imperfect in the wrong way. The opening episode positions him as the main man for the Pistols, even more so as iconoclasts like Pistols manager Malcolm McLaren (Thomas Brodie-Sangster), lead singer Johnny Rotten (Anson Boon), later bassist Sid Vicious (Louis Partridge) or the advocate for designer Vivienne Westwood (Talulah Riley). Jones’ memoir Lonely Boy: Tales from a Sex Pistol provides the basis for this TV adaptation, which nonetheless turns his personal struggles with childhood trauma into a jumble of flashbacks that leave him little more than a simple case study in rock surplus. 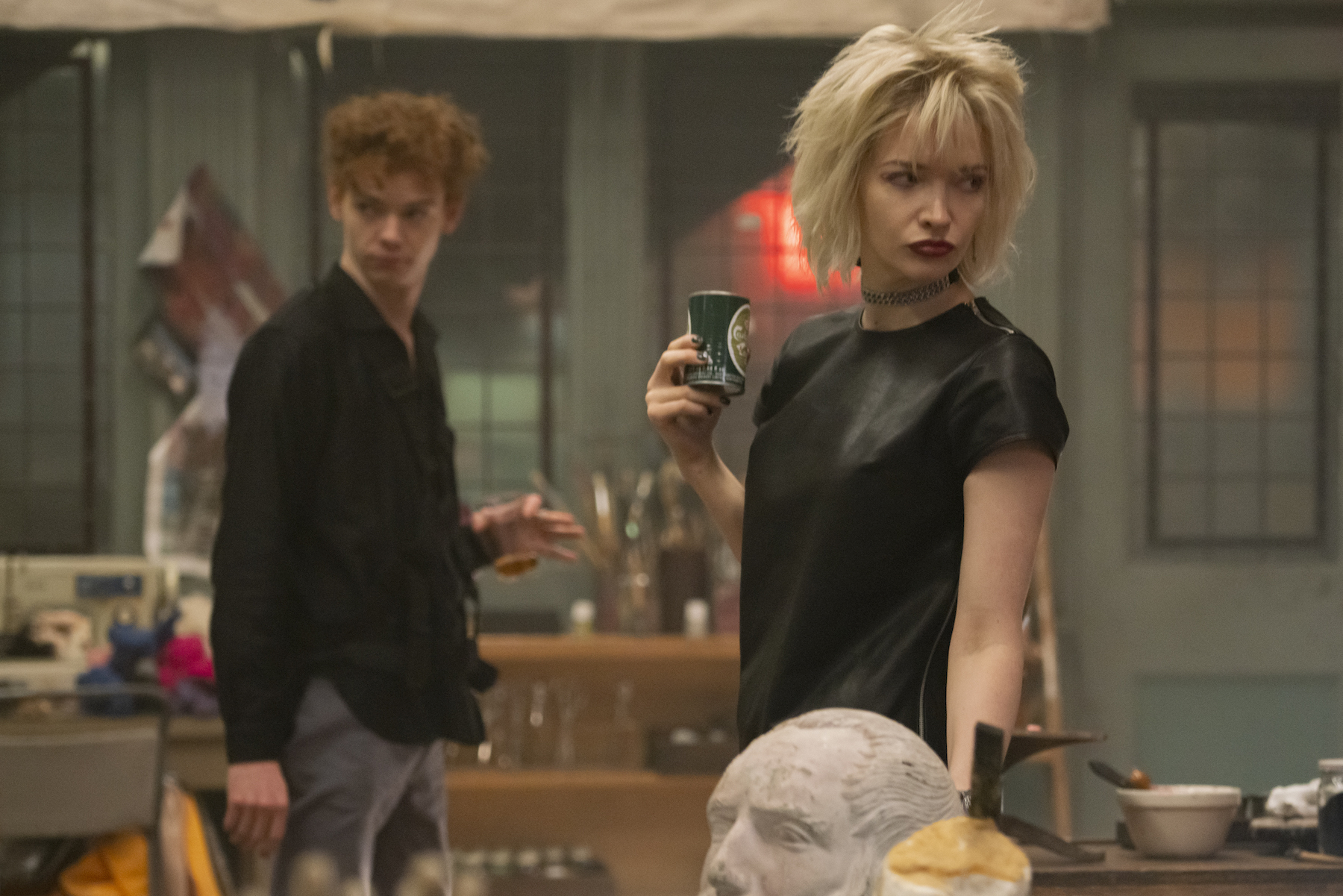 It feels even more of a failure to watch a show about the Sex Pistols – a quintessential “fake it ’til you make it” rock story – to draw on so many of the story beats reserved for bands with a more conventional origin story . Whether McLaren saw a legitimate spark in this clumsy pairing of clumsy musicians and a snarling singer, or saw it as a coup to prove his credibility as a master seller, “Pistol” requires you to believe in something. The first episode in particular plays out as a grand, self-fulfilling destiny, without any of the steps along the way feeling revealing or earned.

It doesn’t help that in the preamble, before the Pistols actually start performing and recording, the show is littered with a hodgepodge of heavy-rotational-classic-rock-needle-drops meant to be more reminiscent of the late ’70s, than actually inviting you. These documentaries, which feature contemporaneous accounts of the rise of the Pistols and punk, work the same way. By the time the show dives three or four deep into the parade of painfully egregious nickname origin stories, all it’s missing is a giant Adam McKay-style asterisk chyron telling you, “Yes, that actually happened.”

There’s an unmistakable early try-hard energy to Boyle’s approach, clearly trying to evoke the spirit of a Sex Pistols song when there aren’t any Sex Pistols songs to play yet. So instead of this band’s music and overall ethos feeling like a jolt to the system, it’s yet another instance where something like “Anarchy in the UK” arrives predestined, without a shred of surprise or discovery. “Pistol” frantically switches between looks and trysts and late-night binge-drinking sessions, often roaring without much to say.

That changes somewhat with the arrival of Boon, whose Johnny Rotten is one of the few elements of “Pistol” that feels like it came from the best version of that show. Much like Brodie-Sangster – who does his best despite being offended with faux-deep pronouncements like “I don’t want to fuck you. I want you to fuck the world” – Boon actually adds deserved human emotions behind the facade. If the Sex Pistols were an elaborate performance that carved its way into iconography, believe it was possible because their frontman had a genuinely chaotic appeal. Where most of the show feels sluggish when dragged into gloom or frivolity, Boon finds a way to work through the fertile ground in between.

Pearce (a frequent collaborator with Baz Luhrmann, who also co-wrote “Elvis”) strives for greater relevance, occasionally breaking away from the band itself and following the impact these guys have had on their fans and followers. In the tales of runaways or buttoned-up employees who morph to embrace everything the Pistols represented, “Pistol” hints at a greater understanding of what they meant to others. But even then, these changes are highly aesthetic. “Pistol” eventually goes back to a point that to the extent that the Pistols were revolutionary, their version of rebelling against the status quo became more of a canvas for people to project their own anger on than to a larger guiding principle.

As a result, a number of characters in this saga are included more out of proximity than necessity. There’s a fascinating tale of Chrissie Hynde’s (Sydney Chandler) early days in London and their intertwined fates with the formation of the Sex Pistols, years before The Pretenders existed. Here she gets short shrift as Jones’s on-and-off affair, another in the collection of sidemen brushed aside in favor of the same well-known fame and strife and exuberance of the rock biopic checklist.

It’s rhythm that “Pistol” ultimately uses to its advantage, albeit sparingly. The disastrous opening gives way to a more confident arc that relies more on the Pistols’ performances than trying to artificially project that spirit into anything else in this story. Whenever Boyle manages to subdue the faux-provocative visual quirks and let that group work as a group, “Pistol” comes closest to capturing the energy it seeks.

These six episodes show how the music and the road to shame suffocated these individuals and quickly engulfed everything else in their lives. There are few moments when Pistol doesn’t fall into the same trap. On the rare occasion that this show finds an untouched moment between these young men – as is the case in a quieter moment when they’re all touring the shore late at night – you finally get the sense that they’re more than just parts are something that will one day become a staple in the screen printed T-shirt market. For most of the rest of the show, “Pistol” tries too hard to promote a band that never really needed help to make an impression.

All six episodes of Pistol are available to stream Tuesday, May 31st.