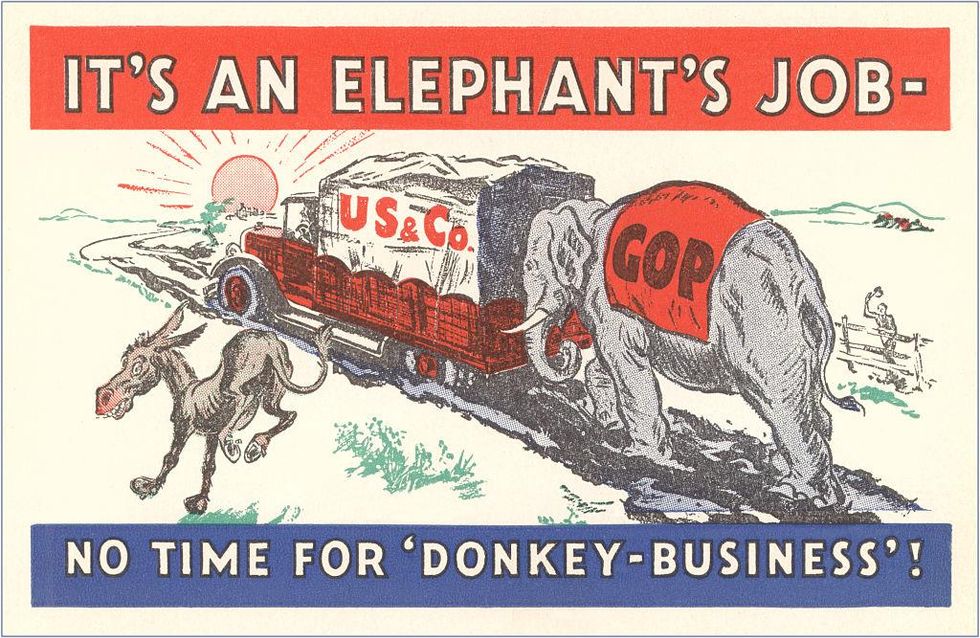 According to latest New York Times/Siena College poll, Republicans now have an advantage over Democrats with the midterm elections a little over twenty days away. Of the likely voters, 49% said they would be more likely to support the Republican nominee if this year’s congressional elections were held today, and 45% said they would support the Democratic nominee.

The poll was conducted October 9-12 and included 792 registered voters in the United States. The New York Times found that the sampling error margin for the likely electorate is +/- 4.1 percentage points.

When support was broken down by age group, the largest delta found was among likely voters aged 45 to 64, of whom 59% would tend to vote Republican and only 38% of them would vote Democrat. Democrats had a 12-point lead among voters 18-29 years old and a nine-point lead among 30-44 year olds. In the over 65 age group, the parties were tied on points.

51% of those in the southern region of the United States — negatively impacted by the Democrats’ lax measures to enforce illegal immigration — said they leaned toward the Republicans.

The New York Times reported that women who identified as independent voters preferred the Democrats by 14 points in September. That lead has gone so they are now 18 points behind the Republicans.

Only 5% of respondents said abortion – which was a problem highlighted by Democrats – is the biggest problem facing the country today.

A large number of respondents (26%) indicated that the economy was the main problem.

And 18% said inflation, now near a four-decade highor the cost of living was the most important.

Voters concerned with the economy and inflation favored Republicans over Democrats by 64% to 30%.

Rep. Elise Stefanik (RN.Y.), who recently serves as Chair of the House Republican Conference said Fox News Digital That inflation was the “biggest reason” for what it predicts will be a “great Republican year”… because the people want to stop the trillions of reckless spending that has happened under one-party Democratic rule.

Stefanik claimed, “Biden inflation was a tax on every American. … It’s more than just a number. It affects the bottom line. It’s a pay cut for every American.”

Despite Biden’s raised prospect of nuclear “Armageddon” and the ongoing war in Ukraine, only 1% of respondents said foreign policy was the most pressing issue; 2% responded that Russia/Ukraine War was the main issue.

Of the likely voters surveyed, 18% said they strongly agree with Biden’s performance, and 21% responded that they somewhat agree.

Among those who strongly support Biden, the 18-29 age group stands out, with just 4% responding in the affirmative.

While Biden’s approval is lukewarm, 45% of likely voters disapprove of the way he’s going about his job as president. Another 13% somewhat disagree with the Democratic President.

Biden also bleeds past supporters: 19% of those who voted for Biden in 2020 now disapprove of his performance.

Regarding the direction the country is moving, respondents gave a scathing response: 64% of likely voters said the country is going in the wrong direction, with majorities across all age groups, both genders, all educational levels and in all regions . Almost 40% of Biden voters shared this bleak outlook.

Thirty-five puts the Republicans’ chances of winning the House at 72/100 and states that the GOP has an 80% chance of holding between 209 and 243 seats.

https://www.theblaze.com/news/poll-democrats-abortion-obsession-not-a-top-issue-for-most-voters-now-turning-to-republicans-over-economic-woes Poll: Democrats’ obsession with abortion is not a top issue for most voters, now turning to Republicans over economic woes