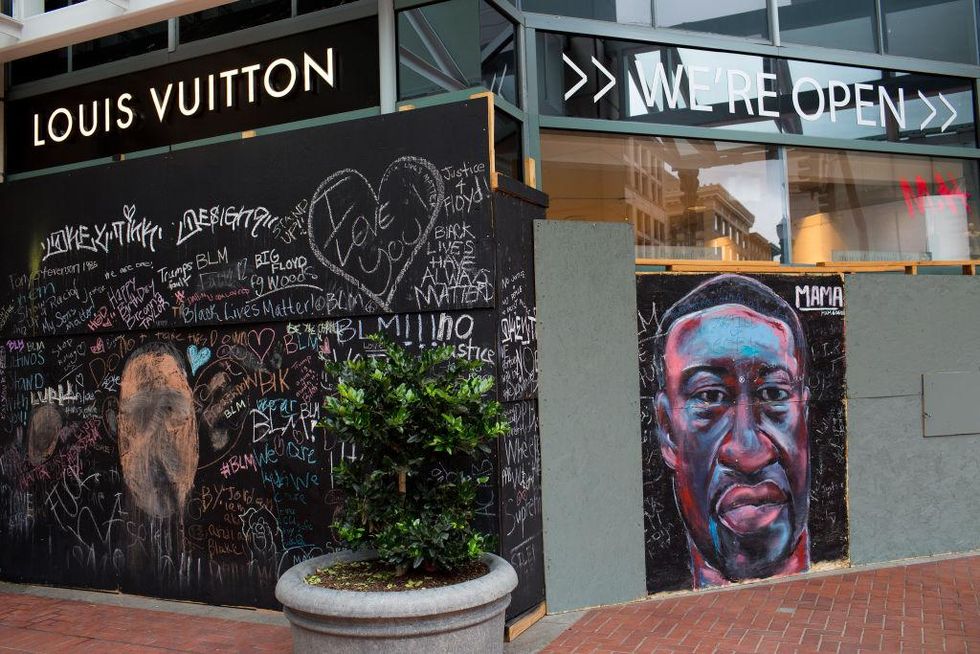 In 2020, rioters and looters looted the Louis Vuitton store in Portland, Oregon, stealing an estimated $300,000 worth of merchandise and causing an additional $500,000 in damage. The city filed a lawsuit against the business in late August for failing to pay $40,000 in taxes and penalties as of 2020.

Local media have questioned whether Louis Vuitton is withholding the funds because the city and county failed to adequately protect the store during the riots. Many downtown Portland businesses were damaged during the protests.

Portland claimed that the luxury retailer owed the city $23,825 in business taxes, penalties and interest. The lawsuit also found that Louis Vuitton owed the county an additional $18,443 in unpaid taxes National Review reported.

In the case, the city claimed it alerted the company to the overdue charges. However, Portland reported that Louis Vuitton did not file any reports or pay the outstanding fees.

National Review received a copy of the legal actionbut the case doesn’t specify why the luxury retailer refused to pay taxes for that year.

On May 29, 2020, rioters and looters entered Portland’s Pioneer Place mall, a mall with many luxury stores. Videos of the rioters went viral on social media, showing them smashing through the glass facade of Louis Vuitton, squeezing in and running out with designer handbags.

The rioters also targeted the storefronts of H&M, Starbucks, Apple and Capital One inside the mall.

The 35 reported riots in the summer of 2020 cost the Portland Police Bureau over $12 million.

Vice president for research at Portland’s Cascade Policy Institute, Eric Fruits, told the National Review it’s unclear why Louis Vuitton didn’t pay taxes to the city for 2020. He explained there could be several factors, including the luxury business could challenge the city’s new Portland Clean Energy Fund, which adds a new 1% tax on larger retailers.

“They may dispute whether they are required to pay that tax,” Fruits said. “There is a lot of uncertainty about who actually has to pay for it.”

Fruits also mentioned that the city recently initiated one program That could provide a $10,000 grant to local small businesses damaged during the riots.

However, Louis Vuitton is not a small local business. Even if the French luxury shop were given the grant money, it would hardly affect the reported $800,000 in damage and stolen goods. The city has already paid out $720,000 to 135 businesses affected by the Summer of Rage.

Fruits explained: “What a messed up world we live in where a company pays their business tax, a lot of it is supposed to be for public safety and then they have to pay tax again to support a fund to cover the damages because it is not public safety.”

According to Fruits, Louis Vuitton believes it will have a hard time winning the case if it refuses to pay taxes in 2020 because there were no shelters during the riots.

Louis Vuitton has not addressed media questions regarding the lawsuit. The luxury retailer did not respond to requests for comment, he reported Oregonians and Portland KOIN.

https://www.theblaze.com/news/luxury-retailer-sued-by-portland-for-unpaid-2020-taxes-the-same-year-the-store-was-looted-by-rioters Portland is suing Louis Vuitton for unpaid 2020 taxes, the same year the store was looted by rioters