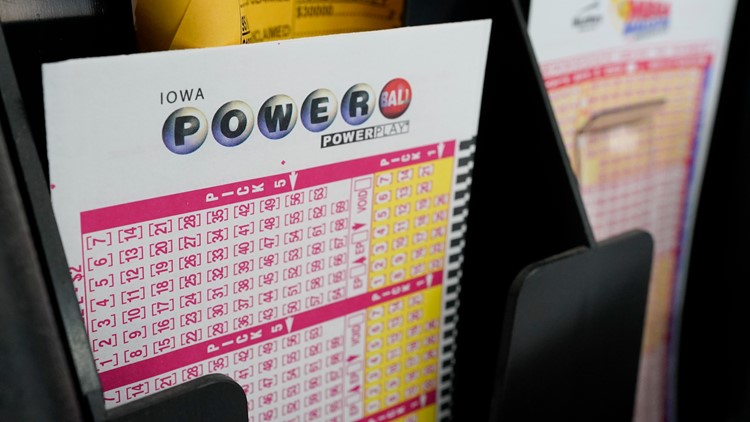 131.6 million Powerball tickets were sold for Monday’s drawing, which is still only 36.3% of all possible combinations.

DES MOINES, Iowa – The fourth-biggest lottery jackpot in US history could skyrocket the greatest of all time if nobody wins the grand prize on Wednesday night Powerball drawing.

The jackpot climbed to $1.2 billion after nobody matched all six numbers to win the jackpot. That makes 38 consecutive draws without a jackpot winner since the last person won the big prize on August 3rd.

The jackpot keeps growing after each draw with no winner and is now approaching a record $1.586 billion won by three Powerball players in 2016. The second and third largest prizes were won by players of the Mega Millions lottery game.

“I think it would be almost a record, if not a record,” said Drew Svitko, executive director of the Pennsylvania Lottery Factors.

The first factor is the number of tickets sold, and they fly out of lottery machines across the country.

131.6 million Powerball games were sold for Monday night’s drawing, said Anna Domoto, a spokeswoman for the Multi-State Lottery Association, which oversees the game. That was 36.3% of all possible number combinations covered as millions of players matched the same numbers.

That’s a lot, but considering the odds of winning the jackpot are 1 in 292.2 millionthat means around 186 million number combinations were not covered, which is why nobody won the main prize.

Although the game’s main focus is the $1.2 billion prize, this is the amount for an annuity spread over 29 annual payments. Almost all of the winners choose a cash prize, which would be $596.7 million.

Still, the advertised price is based on the annuity, and this is where the second factor in determining the jackpot comes into play, as higher interest rates cause the annuities to grow faster. Put another way, the $596.7 million in cash will be funneled into investments that will ultimately pay out $1.2 billion, and those investments will grow faster as interest rates rise.

“We use investments to fund the annuity to pay that price, so the investments depend on interest, and the extent to which interest rates affect the value of those investments also affects that jackpot,” Svitko said.

Powerball is played in 45 states, as well as in Washington, DC, Puerto Rico and the US Virgin Islands.

When is the Powerball drawing?

What days does the Powerball draw take place?

Back in August 2021, Powerball switched to three draws per week for bigger prizes and increased sales. The draws are currently held every Monday, Wednesday and Saturday.

Until when can you buy Powerball tickets?

That blocking times for purchasing Powerball tickets vary by state. It’s usually within an hour or two of the scheduled draw. However, you should check with your local lottery. Tickets are $2 each.

What are the Biggest US Lottery Jackpots Ever Won?