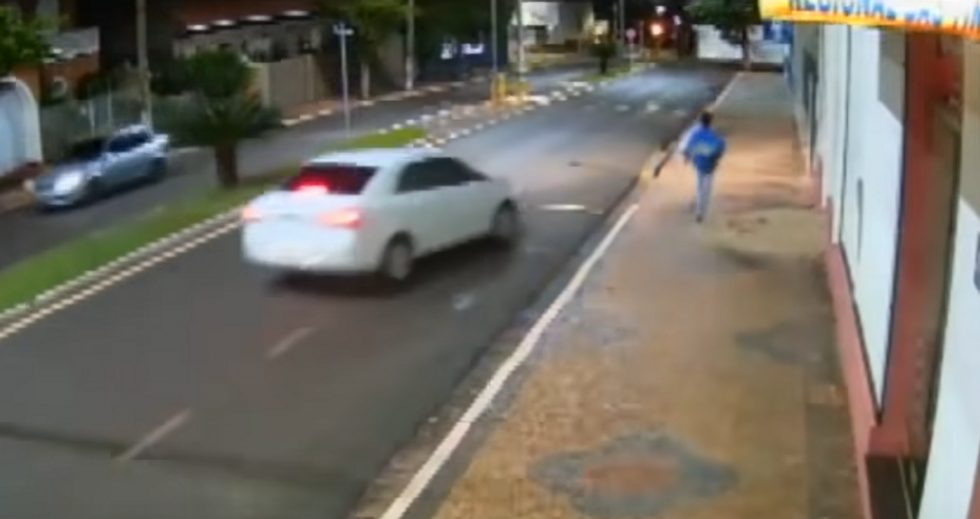 A priest in Brazil is accused of running over a man suspected of stealing clothes from a church. Upon learning of the robbery, the priest stormed out of a wedding he had presided over.

The bride revealed her experience with the priest to the Brazilian news agency metropolises“I didn’t know him but he was super attentive – he laughed, he joked with us before and during the ceremony.”

“He told me to stay calm, to breathe, that everything would be fine,” said Tatiane de Fátima.

The priest officiated at the ceremony, but during the reception he found out about a man suspected of stealing three hoodies and a T-shirt from the parish hall of the São Sebastião church. Rather than heed his own advice to remain calm, the priest reportedly climbed into his white limousine and gave chase after the alleged thief.

Video from a surveillance camera allegedly shows the moment the priest mows down the man with his vehicle. You can see the car reverse and then drive away. Trindade reportedly ran over 40-year-old Angelo Nogueira on the sidewalk.

Nogueira survived the car attack and is recovering in a hospital.

Brazilian police are charging the priest with attempted murder. The priest was reportedly on the run for two days before handing himself over to the authorities.

The church has already severed ties with the priest over the violent vigilantism.

“Ms. Gustavo is deeply dismayed and regrets the tragic outcome and calls on all believers to pray for the life of Mr. Angelo Nogueira, who is recovering in the Santa Casa intensive care unit in the city,” the statement said, according to the Brazilian news site. site O antagonist. “Even those who lead their church by the Word of God and by the priesthood are not free from error and sin.”

The bride learned of the priest’s hit-and-run when police showed up at the church during their wedding reception to investigate the crime.

The bride remarked that she had a memorable wedding: “Like it or not, this will end up making the story of my wedding day. There is no way around.”

Wife accuses jeweler of giving $6,000 wedding ring to wrong person - who sold it