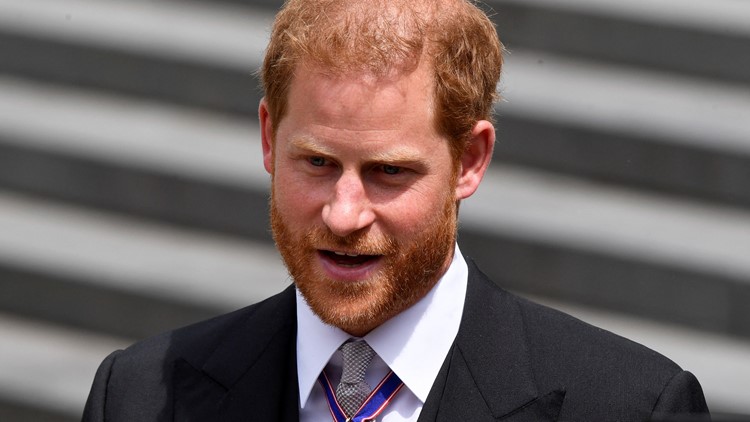 The Duke of Sussex said he wanted “a family, not an institution” during a TV interview ahead of the release of his memoir.

LONDON, UK – Prince Harry has said during a TV interview ahead of the release of his memoir that he wants his father and brother back and that he wants “a family, not an institution”.

The interview with British broadcaster ITV is due to be published this Sunday. In clips released Monday, Harry was shown saying that “they feel like it’s better if we kind of keep us as villains” and that “they’ve shown absolutely no willingness to reconcile” – although it wasn’t clear on who he was referring to.

Harry, also known as the Duke of Sussex, and his wife Meghan have voiced their grievances against the British monarchy since the couple stepped down as senior royals in 2020 and moved to California, where they now live with their two young children.

Harry, 38, has previously spoken about his estrangement from his father, King Charles III, and older brother Prince William since leaving the UK

Last month, Netflix released Harry & Meghan, a six-part series detailing the couple’s experiences that led to their decision to start fresh in the United States

In this documentary, Harry was scathing about how the royal press team worked and spoke about how his relationship with William and the rest of the royal household fell apart. Meghan described wanting to end her life as she struggled with toxic coverage from the British press.

Harry’s autobiography, entitled Spare – which echoes the saying “the heir and the substitute” – will be released on January 10th.

If Russia and Ukraine agree on an end to the war, the ex-NATO general said