Steve Levitan’s first series since Modern Family can’t commit to its premise — a streaming reboot of a network sitcom — its comedic style or its characters.

After the greatest success of his career, an award-winning writer and producer decides on an ambitious follow-up project that will be beneficial both personally and professionally. It’s exactly what you want to see from an astute, popular creator like Steven Levitan: Rather than resting on his laurels or repeating himself, the “Modern Family” engineer (who won nine Emmy Awards for writing, directing, and… Producing won the ABC smash) settled on an actual, tricky TV show in “Reboot,” a Hulu series about an early-air sitcom that’s enjoying a revival today…on Hulu. The original cast of the fictional comedy even return, along with their creator, and the group must contend with renewed romance, generational divides, and family issues while making the new-and-improved version of “Step Right Up” a success in the streaming age.

Given the possibilities – meta jokes! office dynamics! “Will they or won’t they” relationships! – There’s a lot to be excited about (and that’s before you consider the talented cast). In the hands of a seasoned writer (Levitan created Just Shoot Me and wrote for Frasier, Wings, and The Larry Sanders Show), it might even be tempting to say the story writes itself. But that’s the thing about challenges: they throw you out of your comfort zone, may take extra time to crack, and can even fall short of expectations. “Reboot” manages to do all three. In the first season’s eight half-hour episodes, the ensemble comedy is pulled in so many different directions that few aspects feel finely tuned by the end. The industry satire is inconsistent, both in bite and in budgeting. The office comedy can’t decide whether to focus on punchlines (à la classic sitcoms) or more on atmosphere (like more modern single-cam series). And the characters never fill out beyond the flimsy sketches of what they represent.

Watching Reboot is easy enough, fun enough, and occasionally stirs up a little more. (Judy Greer has never, and never will, let us down.) But it’s hard to tell if the bold endeavor just needs further refinement, or if it’s better to move on to the next idea.

As befits its origin and intent, Reboot begins with an author. Fresh off an indie film that you know is edgy because it has a curse word in the title, Hannah (Rachel Bloom) schedules a meeting with Hulu and—to the shock of the studio suits—introduces herself, “Step Right Up”, a family reboot sitcom from the early 2000s. Her vision is for a more outlandish version of the show, where the main characters don’t always have to do the right thing. After assuring her he loves offbeat shows (“You’re talking to the guy who greenlit Handmaid’s Tale Season 5”) and making sure “people are still doing reboots” — by listening as his assistants provided dozens of real-world examples, from “Fuller House” (Netflix) to “Gossip Girl” (HBO Max) — Hulu’s unnamed head of development gives Hannah her own green light, and it’s time to meet the cast. (Having seen Bloom’s incredible range in Crazy Ex-Girlfriend, her character’s unique trajectory — centered around the premiere’s predictably last-minute twist — makes her casting seem flimsy.)

Chief among them is Reed Sterling (Keegan-Michael Key), who played the stepfather on the original sitcom and has since tried his hand at dramatic acting. Though Reed now (of course) lives in New York and has a close relationship with a theater director (Eliza Coupe), he’s so impressed with the new scripts that he’s flying back to Los Angeles for the reboot. But professional swagger aside, Reed’s real concern for returning (or perhaps his secret attraction) is reuniting with Bree Marie Jensen (Judy Greer). Reed and Bree used to date when they did the OG “SRU” — as befits two people whose first names share a connection of It — and his stubborn nerves and overcompensating gestures make it clear he’s still stuck to his former flame hanging. (Key, who plays a veteran comedian who wants to be taken seriously, does an admirable job of showcasing both skills in their respective scenes, but Reed is stretched too far to ever feel genuine.)

Whether Bree harbors affection for her ex is a little harder to read, but the ease with which Greer steers her character between interested and uninterested makes the possible courtship more compelling. Plus, she has her own concerns about returning to the show — namely, that she’s leaving her life as a duchess behind for another shot at a sustainable acting career — and Levitan wisely gives her more to do than sit around and wait for that one , who escaped. Her scenes with Clay Barber (Johnny Knoxville) are light-hearted and fun, even if the “Jackass” star seems kind of too closed-minded to be a recovering Hollywood wild man. 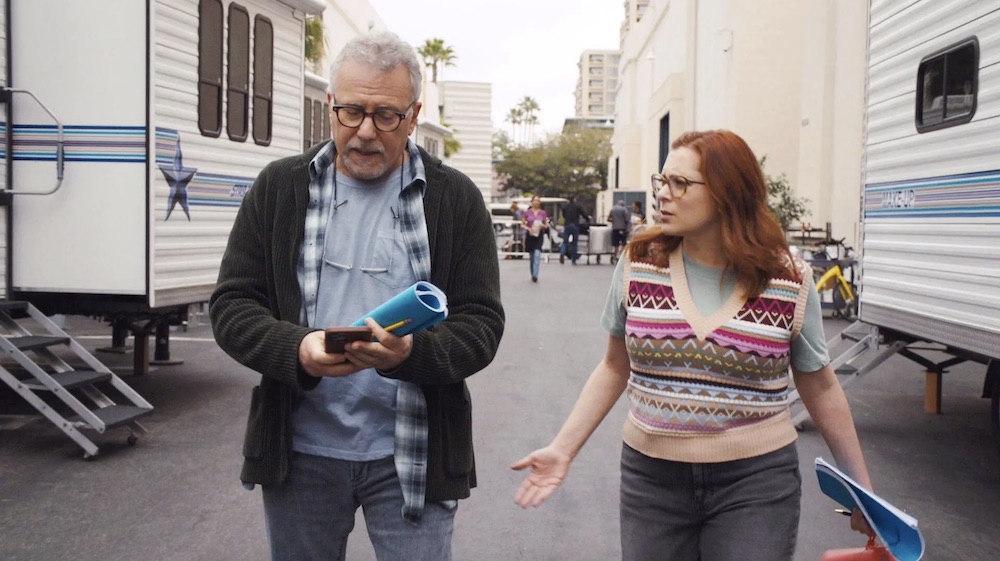 Rounding out the ensemble are Zack Jackson (Calum Worthy), the former child star still stuck in his development, and Gordon Gelman, the original creator of “Step Right Up,” who just wants to make more of the same show he created has previously done. Both characters illustrate missed opportunities. Zack is clumsy and childlike; He is naive about what is happening around him and his mother still comes to the set with him. (There’s a solid recurring joke about where Zack’s character actually lives.) But “Reboot” never tries to say anything about how growing up on TV might warp a man’s life or otherwise use Zack for specific satire. He’s just a fool while Gordon is just a stereotypical old guy. Reiser can deliver a punchline with the best of them, but he’s saddled with some genuine groans – covering “what’s that” misconceptions from the Bechdel test to NFTs – and every decision he makes as a person is so predictable like the “classic” comedy he tries to defend himself.

And comedy is a problem outside of Gordon. During a revealing scene in Episode 3, the writers’ room is divided: the young people hired by Hannah and the older staff brought in by Gordon just can’t agree on what’s funny. Gordon’s crew cracks joke after joke, no matter how incredible or out of character. Focused on problems and arguments, Hannah’s hipsters aren’t concerned with making the audience laugh in the live studio. This is the perfect time to examine a lingering divide in modern comedy: so many acclaimed half-hour series get all their goodwill from smirking humor and not-so-stealthy drama. Meanwhile, legitimate laugh-out-loud comedy is overlooked, either because it’s always subjective to judge what’s funny or because society is conditioned to treat drama as the higher art form.

But instead of leading the debate, or even trying to give credit to either side, “Reboot” is too quick to end the conflict entirely. The room eventually spills into laughter, implying an instinctive shared understanding strong enough to meld disparate tastes, even if the hilarious moment that evokes a room full of forced laughter will never elicit a giggle from viewers at home. By the end of Season 1, examples like this are piling up too high and the easy way out is being taken too often. Levitan’s latest iteration is a pleasant distraction, but the more you focus on the individual pieces, the more frustrated you become that they don’t add up to anything bigger.

Large alligator captured in the neighborhood of Atascocita, Texas