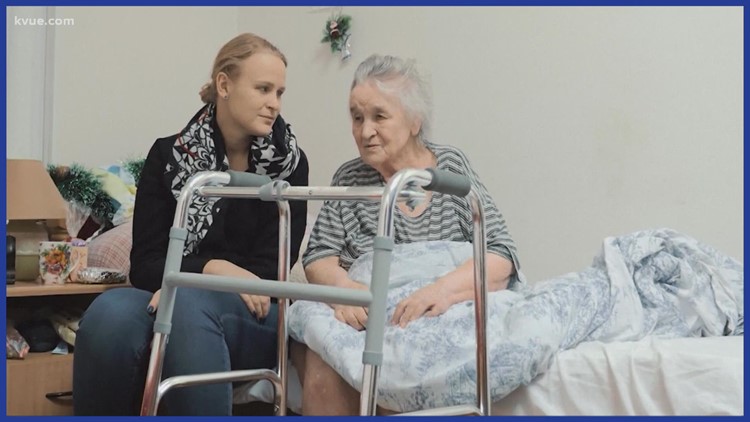 AUSTIN, Texas — Researchers at Dell Medical School at from the University of Texas at Austin are looking for ways to prevent the onset of Alzheimer’s disease.

They’re studying ways to prevent delirium, which is “a loss of consciousness, attention, and thinking.”

The chair of Dell Med’s Department of Neurology and principal of the school Mulva Neuroscience Clinic, David Paydarfar, is leading the study, which includes the use of wearable fitness sensors to monitor exercise, temperature and heart rate. His team uses the information from these devices to determine who is at risk of cognitive dysfunction.

“Clinicians have long known that minor illnesses and surgical procedures can throw elderly people with mild cognitive impairment into a state of severe and sudden delirium,” Paydarfar said. “We are interested in detecting and reversing delirium early because we hypothesize that delirium is a neurotoxic condition that damages neurons and accelerates brain degeneration, leading to dementia. This important scientific and clinical question could be relevant to understanding the cause and treatment of Alzheimer’s disease and other neurodegenerative diseases.”

The team, along with community volunteers, are looking for objective physiological markers in patients age 65 and older from a Level 1 adult trauma facility. These markers may include a change in temperature, heart rate, and sleep pattern.

The Bob and Aubyn Howe Foundation donated $1 million to support the study.

“This gift was a no-brainer,” said Bob Howe. “My dream is that Dr. Paydarfar and his team can develop an early diagnosis for Alzheimer’s and dementia so families know what they’re dealing with sooner. But the ultimate goal is healing. I believe his people are on the right track with their research and I hope we’re the ones who find him first.”

Established in 1998, the foundation has supported the University of Texas and Dell Medical. Aubyn Byers Howe died of Alzheimer’s on October 8, 2021 and was also being treated for multiple sclerosis.

Emmys: 'SNL' could face more competition due to rule changes in 2023