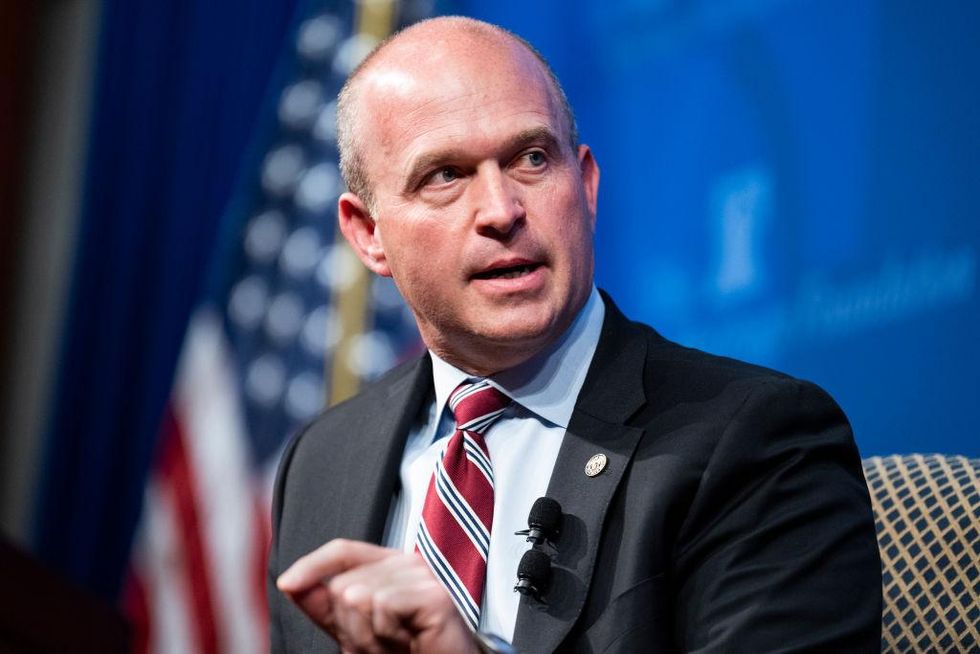 The Heritage Foundation, a conservative think tank, is spending more than $1 million to run ads during NFL and college football games over Thanksgiving weekend to warn Americans that the new law will force them to respect marriage “will expose religious schools and nonprofits to lawsuits.” Fox News Digital reported. It is the largest campaign the Heritage Foundation has ever launched.

The Senate final vote on the Respect for Marriage Act is scheduled for Monday, which if passed will codify the right to same-sex marriage.

The Heritage Foundation argued that the bill was misnamed because it did not give new rights to same-sex couples. The foundation also warned that it would leave religious schools and nonprofits vulnerable to litigation, which could prompt the IRS to strip religious groups of tax-exempt status.

“America’s religious freedom is under attack with this upcoming Senate vote,” Heritage Foundation President Kevin Roberts told Fox News Digital. “This legislation does not add any additional benefit to same-sex couples in the United States; it is an attack that sets the stage for depriving people of faith of their rights. Faith advocates anything but male-female marriage. The American people deserve all the facts.”

The Heritage Foundation has accused Democrats of “rushing to push through their far-left agenda” before Republicans take control of the House of Representatives next year.

Republican Senator Mike Lee of Utah proposed an amendment to the law to protect religious freedom, but Democratic lawmakers have declined to vote on the amendment.

“Republican senators who claim the law protects religious liberty mislead the public,” Roger Severino, vice president of domestic affairs at the Heritage Foundation, told Fox News Digital. “Her refusal to request Sen. Lee’s amendment is a testament to her insincerity.”

Lee noted that he voted against the measure last week, calling the legislation’s protection of religious freedom “strongly anemic and largely illusory.”

Was the X-ray of Saudi footballer Yasser Al-Shahrani's skull real?