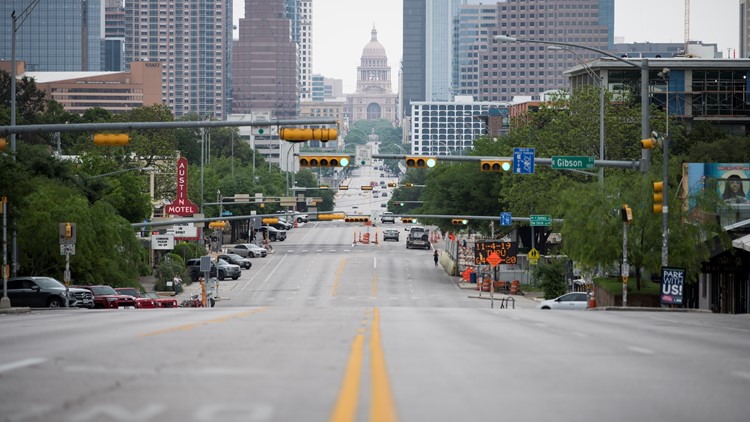 Here’s a look at exactly where the closures will take place.

AUSTIN, Texas — Several downtown streets will be closed Saturday and Sunday from 5 a.m. to 9 p.m Austin Transportation Department was announced on Twitter on Friday.

The first closure will affect the section from 8th Street to 11th Street at Congress Avenue and one block east and west. Both 7th Street and 8th Street will be temporarily closed.

Another closure will affect Colorado Street from 11th Street to 13th Street and also west to Lavaca Street.

Officials said the closures were “to allow temporary use of the right-of-way” and offered no further information.

🚧 Traffic warning: road closures in the city center
• Saturday & Sunday 5:00 am – 9:00 pm
• Congress Avenue from 8th through 11th streets and one block east/west
• Temporary closures on May 7th and 8th
• Colorado Street from 11th to 13th and west to Lavaca pic.twitter.com/fPLxc7d1Kz

Meanwhile the Round Rock Police Department announced that a film crew will capture a street protest scene at two downtown locations on Saturday.

KVUE has reached out to officials for details on the film project. This story will be updated as more information is received.